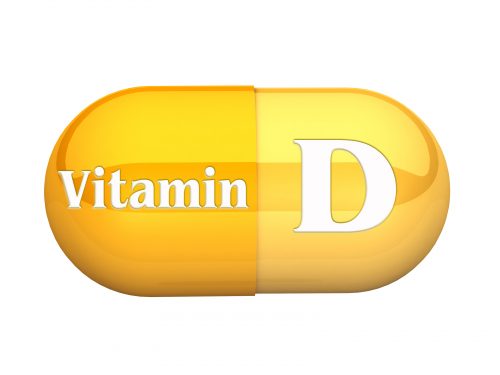 Vitamin D is perhaps the single most underrated nutrient in the world of nutrition.

That's probably because it's free....
Your body makes it when sunlight touches your skin !!

Drug companies can't sell you sunlight, so there's no promotion of its health benefits..

The truth is, most people don't know the real story on
vitamin D and health.
So here's an overview taken from an interview between Mike Adams and Dr.Michael Holick.

? 1. Vitamin D is produced by your skin in response to exposure to ultraviolet radiation from natural sunlight.

? 3. It is nearly impossible to get adequate amounts of vitamin D from your diet. Sunlight exposure is the only reliable way to generate vitamin D in your own body.

? 4. A person would have to drink ten tall glasses of vitamin D fortified milk each day just to get minimum levels of vitamin D into their diet.

? 5. The further you live from the equator, the longer exposure you need to the sun in order to generate vitamin D. Canada, the UK and most U.S. States are far from the equator.

? 6. People with dark skin pigmentation may need 20 - 30 times as much exposure to sunlight as fair-skinned people to generate the same amount of vitamin D.
That's why prostate cancer is epidemic among black men -- it's a simple, but widespread, sunlight deficiency.

? 9. Even weak sunscreens (SPF=8) block your body's ability to generate vitamin D by 95%. This is how sunscreen products actually cause disease -by creating a critical vitamin deficiency in the body.

? 10. It is impossible to generate too much vitamin D in your body from sunlight exposure: your body will self-regulate and only generate what it needs.

? 11. If it hurts to press firmly on your sternum(chest/breast bone), you may be suffering from chronic vitamin D deficiency right now.

? 12. Vitamin D is "activated" in your body by your kidneys and liver before it can be used.

? 14. The sunscreen industry doesn't want you to know that your body actually needs sunlight exposure because that realization would mean lower sales of sunscreen products.

? 15. Even though vitamin D is one of the most powerful healing chemicals in your body, your body makes it absolutely free. No prescription required.

~ Other powerful antioxidants with this ability include the
super fruits like Pomegranates (POM Wonderful juice),
Acai, Blueberries, etc.

~ Diseases and conditions cause by vitamin D deficiency:

? Osteoporosis is commonly caused by a lack of vitamin D, which greatly impairs calcium absorption.

? "Rickets" is the name of a bone-wasting disease caused by vitamin D deficiency.

? Vitamin D is used around the world to treat Psoriasis(a chronic skin disease).

? Vitamin D deficiency can cause ~
schizophrenia.

? Seasonal Affective Disorder is caused by a melatonin imbalance initiated by lack of exposure to sunlight.

? Chronic vitamin D deficiency is often misdiagnosed as fibromyalgia because its symptoms are so similar: muscle weakness, aches and pains.

? Your risk of developing serious diseases like diabetes and cancer is reduced 50% - 80% through simple, sensible exposure to natural sunlight 2-3 times each week.

? Infants who receive vitamin D supplementation (2000 units daily) have an 80% reduced risk of developing type 1 diabetes over the next twenty years.