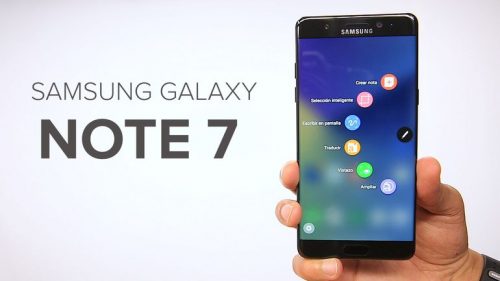 We are sure that Samsung had a very bad year in 2016. There were many reports that Samsung Note 7, which is the latest series launched by Samsung in their note series.  Initially the Note 7 was selling like hot cakes in all over the world. There were many new features in Note 7, more over it was one of the most powerful Smartphone launched by Samsung till date. But unfortunately the all Good news for Samsung stopped after the reports of Galaxy Note 7 explosion cases by users.

There where again some reports of Galaxy S7 smartphones also getting exploded.  In a recent smartphone explosion case, a Samsung Galaxy S7 user claimed that his handset exploded causing second and third degree burns on hands. In another case, Samsung's Galaxy S7 Edge reportedly exploded while on charge last month. The user claimed that he was charging the phone with the original Samsung charger overnight, when it caught fire automatically. In another case involving Galaxy S7 Edge, a user reported that the handset exploded inside the pocket causing second and third degree burns. Then Samsung started sending pop-up messages to Galaxy S7 customers reassuring them that their Galaxy S7 units were safe, and that there was no recall for their devices.

The explosion didn't just stopped on Samsung mobiles, there were reports of Apple iPhone 7 and Xiaomi phones also getting exploded. But both the companies didn't confirm this and they didn't call back the product.

The fall of Samsung Note 7 benefited other Smartphone manufactures across the world. More of the people shifted to Apple iPhone 7 and 7 Plus. Many people still continued with other alternative options which is available in Android.