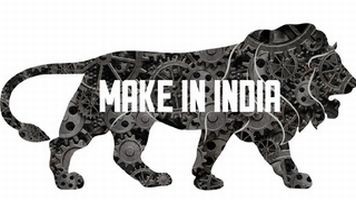 The Union Minister of State (Independent Charge) for Development of North Eastern Region (DoNER), MoS PMO, Personnel, Public Grievances, Pensions, Atomic Energy and Space, Dr Jitendra Singh said that 21st century will be led by "Start-up" leaders and tomorrow's India will be entrepreneur's India. He was addressing a one-day conference on "Start-up India" held as immediate follow-up to the announcement of "Start-up India, Stand-up India" campaign by Prime Minister Shri Narendra Modi on 16th of this month. The conference was organized by ASSOCHAM (Associated Chambers of Commerce and Industry of India) here today.

Dr Jitendra Singh said that this is certainly the best times happening for India as the Prime Minister is always open to the new initiatives and out-of-box positive experimentation. He said that India is on the verge of becoming a world power on the basis of its youth strength who comprise over 65% of country's population and are thus the real torch bearers of "Start-up India" mission. Reiterating the Prime Minister Shri Narendra Modi's assertion that government has no business to be in business, he said, the future of "Start-up India" will be charted out by economy planners and young entrepreneurs.

Hailing some of the incredible provisions in Prime Minister's "Start-up India" declaration, Dr Jitendra Singh, in particular, referred to the provision of exit period of three months during which a youngster will have the opportunity to decide whether to go ahead or to switch over to some other alternative option without much liability. This will not only increase the risk - taking capacity of the "start-up" youngster, but will also give him the confidence to persist with his initiatives without giving up, he said.

Referring to Northeast, Dr Jitendra Singh disclosed that the Ministry of DoNER is contemplating the feasibility of creating a "Venture Fund" for start-ups. The declaration of Sikkim as the first Organic State of India has opened up new vistas for start-up initiatives in organic farming in Northeast, he added.

Mr Daniel Carmen, the Ambassador of Israel and ASSOCHAM President Shri Sunil Kanoria, also shared their opinion on the occasion.