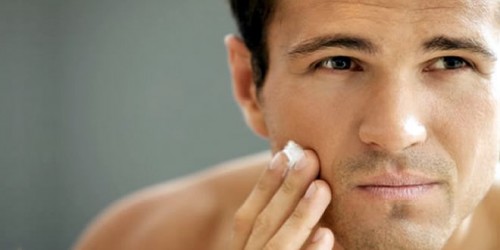 According to a new survey by Gillette*, men are getting evermore sensitive about their skin.

What the men say:
1. 66% of men in 11 countries around the globe say they have sensitive skin. Nearly half say their skin has grown more sensitive over the past five years.

2. 15% describe their skin as extremely sensitive.

What the experts say:
5. Experts say the most likely cause of increased reports of more sensitive skin stem from men’s own sensitivity to male grooming issues. In other words, they care more.

6. The main reason for this, say 66% of the dermatologists, is men’s increasing use of skin care products and procedures such as shaving – shaving rash for example, is a common skin complaint.

7. A whopping 92% of dermatologists surveyed cited UV exposure as a possible reason for skin sensitivity.

8. 63% believe today’s more modern society makes it acceptable for men to open up about their skin problems and seek a dermatologist’s help.

9. Finally, 93% of dermatologists agree that a man’s choice of shaving products, razor and after-shave products matter in men’s perception of facial skin sensitivity. Good news then that the Gillette ProGlide Fusion has special Flexball technology which makes getting into every little contour of your face easy-peasy.

Plus, 5 other shaving facts...
1. Men spend about 780 hours removing facial hair in their lifetime – is that all?

2. Over his life, a man will generate an average total of 26.5 feet of facial hair

3. On the human body, there are 5 million hair follicles

4. A man will shave approximately 14,000 times in his lifetime

5. Beard hair is 1000 times stiffer than skin and head hair