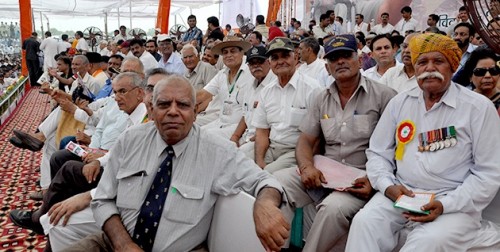 The rally was organized to create awareness about the various welfare schemes announced by the armed forces and the state government and employment avenues available to the ex-servicemen. large number of ex-servicemen, war widows and their dependents derived benefits from the medical camp equipped with diagnostic equipment and specialist doctors, and by various awareness / assistance stalls put up by the zonal recruitment organization, veterans web portal, ESM helpline, army welfare, education society, ECHS, SBI etc.

During interaction Hon’ble Governor and GAD Minister assured the ex-servicemen of all assistance and support from the state government. They felicitated eminent ex-servicemen, war widows and all gallantry awardees hailing from state of Meghalaya. A lunch was organized after the event.