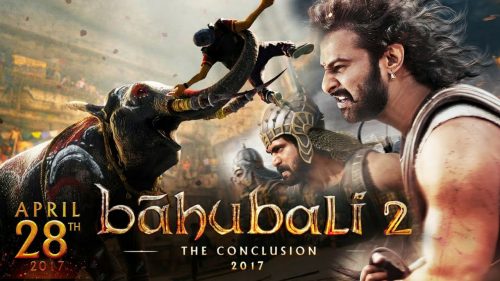 Baahubali-2 The Conclusion, is the best Indian movie I had ever watched. This movie takes a Indian movie to a international standard. Many audiences will watch the movie just to get the answer for the question "Why Kattappa Killed Baahubali?" This was a question asked by many on Social media etc... The answer remained un-answered. There are many questions un-answered like ‘When Will Salman Khan Marry’? - No one knows the answer, even does Salman knows :)

If you want to keep the excitement of watching movie then don't read this article.

Here is the answer for one of the un-answered question from 2015 - "Why Kattappa Killed Baahubali?" which is revealed by the movie Baahubali-2 The Conclusion.

Katappa killed Baahubali to save him from curse of Goddess Maheshwari which may have turned him into a stone statue.

Kattappa backstabbed Mahendra Bahubali because he doesn’t want to see the dead face of his master. Kattappa chose to backstab him to release him from the curse of getting turned into a stone idol. He was cursed following the victory of Mahesmati kingdom in a war.

Baahubali 2: The Conclusion (English: The One with Strong Arms) is an upcoming Indian epic historical fiction film directed by S. S. Rajamouli. It is the continuation of Baahubali: The Beginning. Initially, both parts were jointly produced on a budget of Rs. 250 crore (2.5 billion), however the budget of the second part was increased later. Baahubali 2: The Conclusion has made a business of Rs.500 crore (5 billion) before release. The film is scheduled for a worldwide release on 28 April 2017 (tomorrow). Baahubali 2 will be the first Telugu film to be released in 4K High Definition format. It is estimated that close to 200 screens are being upgraded to 4K projectors before the release date of the movie