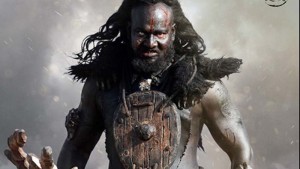 Can you remember the fascinating language 'Kilikki' which was specially developed for this film.

One of SS Rajamouli's distant relatives, pop singer, Smita has now revived the lingo in her upcoming music video 'Baha Kilikki' and guess what, it features Prabhakar as Kalakeya there too.