HA NOI, VIETNAM - Media
OutReach - 16 August
2019 - Billionaire Mai Vu Minh - Chairman of the
Board of Directors of SAPA Thale group --continuously had working meetings at
government level with countries in Europe and the Middle East recently. 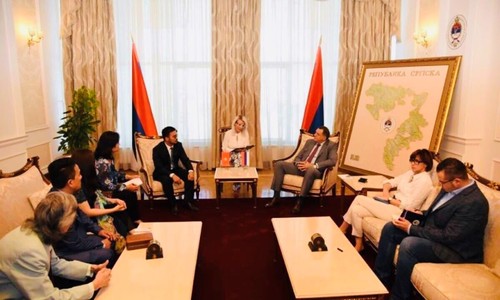 Billionaire Mai Vu Minh in a meeting with Bosnia-Herzegovina President Milorad Dodik at the Presidential Palace.

These meetings are within
the framework of the program of the bilateral investment cooperation of SAPA
Thale group with the government and leading business sectors of these
countries. 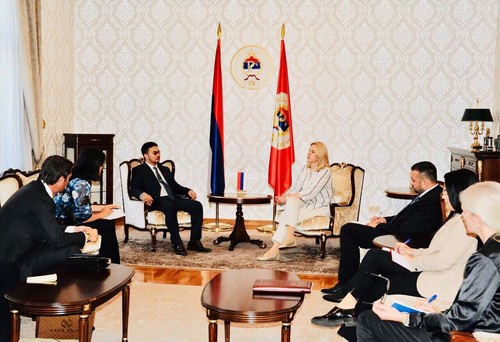 Billionaire Mai Vu Minh in a meeting with Srpska President Zeljka Cvijanovic at the Presidential Palace.

At the beginning of 2019,
accepting the invitation of Dubai Department of Economic Development (DED) and
Dubai Investment Development Agency (Dubai FDI), SAPA Thale group chairman went
to Dubai to work with Dubai FDI and leading enterprises such as Emirates NBD,
DP World, DIFC, DMCC ... about the cooperation to invest in Vietnam and many
other countries around the world.

On these working visits,
billionaire Mai Vu Minh said that the investment cooperation program contribute
to boosting investment and trade cooperation among not only Vietnam and these
countries but also many other countries. 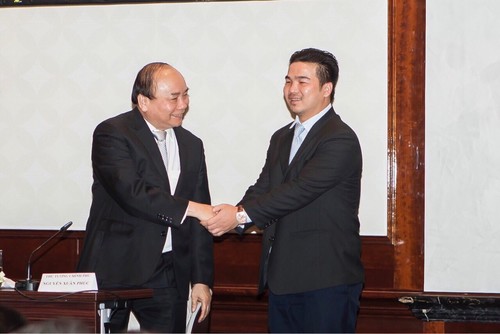 SAPA Thale is a financial
group based in Germany and present in many countries around the world. The
chairman of this group is billionaire Mai Vu Minh, who holding many projects
and shares of large corporations in countries around the world and is
considered a great investor and an influential billionaire to global financial
circles and governments.