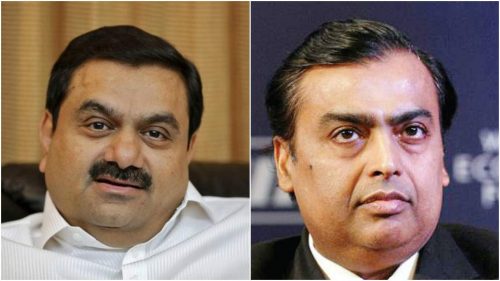 We are getting many forwarded message engineered to create doubts in mind of innocent people.

I will try to equip you to counter it with researched reply.

Some common disinformation as below :

Urjit Patel became Governor two months back then how come preparation started 6 months back as he has put sign on currency ?

First preparation for currency began 6 months ago. Preparation means concept, design & prototype & several round of approvals and corrections. It's no different from what we do to produce garment. Only in last month it goes into production. It's easy to understand for you and me. Those who circulate this are novice and don't know subject well.

The allegation of give and take with Ambanis are only a rumour no proof. Tomorrow I can say Arvind Kejriwal or Rahul is also funded by Ambanis and Adanis. You know corporate houses fund both parties as they are not fools to promote one against other. Ask yourselves One question how come Modi Govt imposed Rs 10000 Cr penalty on Reliance Oil of Mukesh Ambani which successive Congress govt couldn't do despite courts had indicted them, if Modi was favouring them out of way ? Think....

If Jio was launched free it wasn't free at all if you do reverse costing. They Also sold phones with connection and if you calculate the price of handset in China you will know they made cool profits overall ! They are not fools as we think about them. I had to pay Rs. 7000/- handset ( a handset not costing more than Rs. 1000/- in china ) so I don't know how this can be free ?

There is a system to elect RBI governor and the new governor belonged to the senior most team of Rajan. When Rajan or new governor joined RBI then it was not BJP who brought them into system. Urjit Patel was promoted as Dy. Governor of RBI on 11th Jan 2013 by CONG-UPA govt and Dy. governor succeeds Governor after retirement was not the system made by Modi. They must have chosen him on some sound background so now to say Urjit Patel is related to Reliance doesn't cut ice.

Infact had Modi dismissed him the opposition had accused him for favouritism and conspiracy. Infact we should thank PM that he retained many high ranking officers appointed by UPA in his govt !!!

As you see these kind of vague and motivated accusations are circulated by Dirty trick department of Congress & AAP to create doubt and divert attention, and pressurise govt to rollback a historic, gutsy step in right direction.

Reality is Narendra Modi has done so much of work in last two years that they are afraid that he will come back. It's all dirty politics rather than genuine politics in service of country. I can go on and on but I would like you to use your own wisdom to decide.

Give me example of any harder working prime minister any where in world then I will stop supporting Narendra Modi !! Can anyone tell me ?

If Modi is wrong then criticise him but if he is right then support him. That's the only thing we should be doing as Indian.

Note: This is a WhatsApp forward message, An opinion of unknown WhatsApp user?