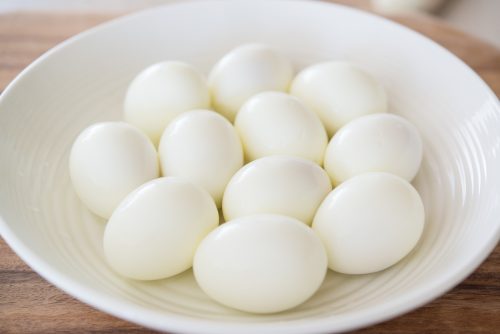 Breakfast in the Army was usually a hurried affair for a young officer. The interval between morning physical training and office barely gave time for a quick shower and change of dress. This was followed by brief stopover at the officer’s mess for a quick breakfast. Unlike a corporate guy who could take a quick bite of sandwich in his car on the way to work the poor subaltern had to follow a regimen that gave no concessions. The officer’s mess was still steeped in Victorian tradition and a normal breakfast would stretch at least for 30 minutes. It was an elaborate affair. One had to be seated and wait patiently while the mess waiter went about his job. He would walk up to your seat and fill a glass of water before popping the ubiquitous question.

This seemingly innocuous query might seem very normal to us. After all it was a very plain and simple question. There was a finite number of ways in which a person could have eggs for breakfast. Therefore it was only a matter of one’s individual taste and choice.

It was my friend Manoj who exposed me to the intricacies behind this mundane question.

“Ramesh”, he asked me “have you ever wondered about how important this question is for us as leaders?”

The dumbfounded expression on my face would have convinced him that I had never given any thought to it, for he quickly clarified further, “This is perhaps the first decision that a leader takes every morning. You can get good insight into the decision making capabilities of leaders by just observing the way he responds to this question.”

Manoj was about my age. This conversation took place in the early eighties and both of us were in our early twenties. Manoj was a couple of years senior to me in service. Moreover, I had grown to respect his intelligence. Behind the thick rimmed glasses, I was aware of a brain that was razor sharp. I decided to take his words seriously and started observing the officers at the table over the next few days. My research was constrained by the small target group available for research. However it didn’t deter me. I soon realized that there were some distinct characteristics that put people under different groups.

The first lot consisted of those who clearly knew what they wanted.

“Two poached eggs please,” or “One scrambled egg,” they would bark out in their finely clipped accents even before the waiter had completed his query. A closer observation revealed these leaders to be very decisive. They knew what they wanted and they wasted no time. I also observed another startling fact. Some of them never varied their choice. It was poached eggs for them every single day of the week. Though good at taking decisions, these were the leaders who were prone to the weakness of applying set templates. For them every problem had just one solution. This solution was always the most apparent one. These were the leaders who excelled in military tactics and sand model discussions.

“I am sorry sir but we do not serve eggs on Tuesday. We serve only vegetarian today.”

Now this was very interesting. Suddenly the self-assured gentleman would be thrown out of balance. A new factor had been added that needed reassessment. Just like a software programmer who is told to add a new feature and made to rewrite the entire program, our gentleman too would find it hard to conceal his mild irritation. But he is usually quick in taking stock of the changed situation.

“Give me a cheese cutlet,” he would state nonchalantly.

The second lot consisted of those who found it difficult to decide what they wanted to eat.

“Eggs?” They would repeat with a confused look, “What all are the options?”

This is from someone who has been dining at the same table for a few years.

“Fine sir.” The waiter would mouth it quite inaudibly but he would continue to linger around without executing the instruction because he knows what to expect within a few minutes.

“Just a moment. Please cancel the omelet and make it fried eggs.”

“Deep fried or sunny side up sir?”

We have seen enough leaders like this around us. They are not only indecisive but also prone to change their minds quite often.

The third category was quite interesting. They were the ones who were quite quick in taking decisions.

“I shall have a boiled egg”, they would state immediately on being seated. They would then spend some time exchanging pleasantries with others at the table. When the boiled egg is finally served, they would suddenly lose their temper.

“I had asked for an omelet”

“I am sorry sir. I might have misunderstood you. I shall get you an omelet.”

“No problem. Now that you have got it, I might as well have it. Next time please be more attentive while taking orders.”

Once the waiter is out of sight, they would roll their eyes dramatically and say, “These waiters! I wonder who trains them.”

Another category. consists of leaders who set high benchmarks.

“I shall have an Egg Benedict.”

“Sir, I am sorry but the cook does not know how to make one. Would you like to have something else?”

“What? He does not know Egg Benedict? Who made him a cook?”

Now these are the tricky ones. They set high expectations without taking stock of resources in hand.

I found yet another type. These were the ones who would quickly look around the table and see as to what others were having.

“I shall also have a boiled egg.”

Now these are leaders who do not take decision themselves. They are the democratic types who believe in decision making through consensus.

Having studied and categorized the leaders, I finally had a difficult question in front of me.

Who is the better leader of the lot?

I found it very difficult to come out with a clear answer. However I tracked the careers of these leaders for a couple of decades and found some interesting facts.

The leaders who were decisive were the ones most likely to reach top management.

The indecisive ones had lackluster careers.

The ones who were impulsive and prone to change their minds were hated by subordinates. Some rose to middle management but got stagnated thereafter.

The ones who asked for Egg Benedict were the ones who aspired to become Generals but failed to make the cut to Colonel.

The democratic ones were good in field and loved by their men but they too failed to reach the top.

My friend Manoj was one of the very few who has managed to reach the top. I realize today that I had erred while taking his advice. Instead of spending my time on research, I should have followed his leadership style.

But then it is too late in life to change my choice of eggs.