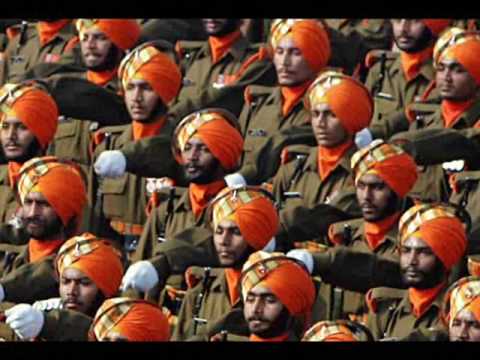 A group of 15 Sikh soldiers led by a Major were on their way to the post in Himalayas where they would be deployed for the next 3 months.

The batch who would be relieved waited anxiously.

It was cold winter & intermittent snowfall made the treacherous climb more difficult.

If someone could offer a cup of tea. .
the Major thought, knowing it was a futile wish..

They continued for an hour before they came across a dilapidated structure, which looked like a tea shop but locked. It was late in the night.

“No tea boys, bad luck”, said the Major. But he suggested all take some rest there as they have been walking for 3 hours.

“Sir, this is a tea shop and we can make tea… We will have to break the lock”, suggested one soldier.

The officer was in great dilemma to the unethical suggestion but the thought of a steaming cup of tea for the tired solders made him to give the permission.

They were in luck, the place had everything needed to make tea and also packets of biscuits.

The solders had tea & biscuits and were ready for the remaining journey.

The major thought, they had broken open lock and had tea & biscuits without the permission of the owner. They’re not a band of thieves but disciplined soldiers.

He took out a Rs1000/- note from his wallet, placed it on the counter, pressed under sugar container, so that the owner can see.

The officer was now relieved of his guilt.

He ordered to put the shutter down and proceed.

Three months passed, they continued to do gallantly in their works and were lucky not to loose anyone from the group in the intense insurgency situation.

It was time for another team to replace them.

Soon they were on their way back and stopped at the same tea shop which was open and owner was present in the shop.

The owner an old man with meager resources was very happy to greet 15 customers.

All of them had tea and biscuits.

They talked to the old man about his life and experience specially selling tea at such a remote place.

The old man had many stories to tell, replete with his faith in God.

“Oh, Baba, if God is there, why should He keep you in such poverty ?”, commented one of them.

“Do not say like that Sahib ! God actually is there, I got a proof.

3 months ago.”
“I was going through very tough times because my only son had been severely beaten by terrorist who wanted some information from him which he did not have.

I had closed my shop to take my son to hospital. Some medicines were to be purchased and I had no money.

No one would give
me loan for fear of the terrorists.

There was no hope, Sahib”.

“And that day Sahib, I prayed to God for help. And Sahib, God walked into my shop that day.”
“When I returned to my shop, I found lock broken,

I felt I was finished,

I lost whatever little I had.
But
then I saw that God had left Rs 1000/= under the sugar pot.

I can’t tell you Sahib what that money was worth that day.

God exists Sahib. He does.”

The faith in his eyes were unflinching.

Fifteen pairs of eyes met the eyes of the officer and read the order in his eyes clear and unambiguous, “Keep quiet”.

The officer got up and paid the bill.

He hugged the old man and said, “Yes Baba, I know God does exist.

the tea was wonderful.”

The 15 pairs of eyes did not miss to notice the moisture building up in the eyes of their officer, a rare sight.

“YOU” can be GOD to anyone.