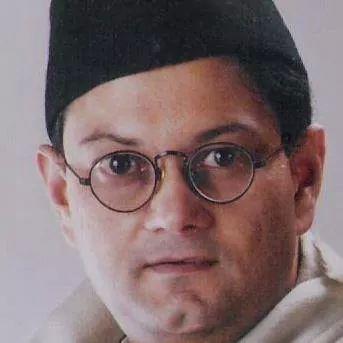 Subash Chandra Bose's grand nephew Chandra Kumar Bose to contest against Mamata Banerjee in West Bengal in BJP ticket. Chandra Kumar Bose is a Rights Activist based in Kolkata. The announcement was made by BJP leader and Union HRD Minister Smriti Irani in the national capital.

Chandra kumar Bose will be the CM candidate of BJP against Mamata Banerjee (Didi) in Vidhan Sabha election.

Speaking to ANI Chandra Kumar said, "The time has come to bring about change in West Bengal which will be brought by BJP."

"Masks are now off," the TMC chief said, adding, "The alliance of CPM and Congress has no ideological backing. They have no common agenda."

"CPM and Congress accuse us of being BJP's ally. They have no other arsenal to attack us. They are actually helping BJP," the TMC leader said.

A legislative assembly election will be held in 2016 for the 294 seats of the Vidhan Sabha in the state of West Bengal in India. Like in 2011, the polls will be held in six phases. The first phase, to be held in Naxal-affected areas, will have two polling dates — April 4 and April 11. The other phases will be held on April 17, 21, 25, 30 and May 5. In the previous election in 2011, the All India Trinamool Congress, under the leadership of Mamata Banerjee, won a majority and ended the 34-year rule of the Left Front government.