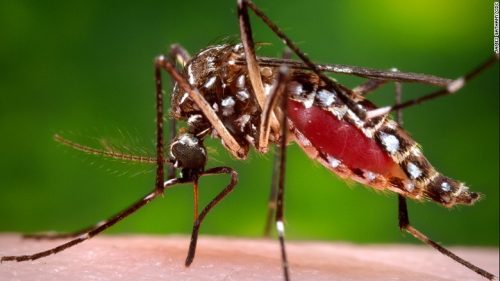 There are more than 3500 different species of mosquitoes in the world and the Aedes Mosquito is one of the most common species. Mosquitoes are not only found in Singapore but are found all around the world. They have been around since the Jurassic period and are thus over 210 million years old. Most history books throughout the history of man have mentioned mosquitoes; from the works of Aristotle in or around 300 BC to the works of Sidonius in 467 BC, all mentioned the harmful effects of these creatures.

Only the Female Species Bites
It is worth noting that the male Aedes mosquitoes do not bite human beings and it is only the female species that bites using its proboscis. The female species also does not rely on human blood alone as its source of food; it does also feed on plant and fruit nectar just like the male counterparts. This is usually because the female Aedes species requires the protein from blood to help her develop eggs; once the female has had its fill of blood which can be as much as three times its body weight it will take a rest for a couple of days before laying its eggs.

A female Aedes mosquito can spread Dengue fever
Though the dengue virus is a human virus and not a mosquito virus a female mosquito can spread the virus; this usually occurs 8 to 10 days after the female had bitten a person infected with the dengue virus. They are thus vectors of the virus. It is also worth noting that Aedes mosquitoes don't usually breed in swamps or puddles like other mosquito species; they prefer breeding in sides of containers that hold water.

What Causes the Bumps from an Aedes Mosquito Bite?
These bumps are generally caused by saliva. While one tube of the mosquitoes proboscis draws blood from the victim; a second proboscis usually pumps in saliva that acts as a mild painkiller and some form of anti coagulant to help your blood clot once the mosquito has had its fill. Yes the Aedes Mosquito wants to keep you alive for his next meal by ensuring you don't bleed to death! Many people usually have some relatively minor reaction to this saliva that is pumped into the system and thus causes some itchy feeling and redness on the skin.

Did You Know that the Aedes Mosquito Bites During the Day?
Most mosquito species thrive in biting their culprits at night; but the Aedes mosquitoes are known as a day time biters. They are generally attracted by the scent of sweat; they are quite fond of the chemical called octenol that is generally released in sweat from human beings. There are also some lotions and perfumes that are quite attractive to the Aedes Mosquito in particular and other mosquito species in particular. They also use the body heat emanating from their target victim to detect how warm your body is before tapping on your capillaries for their next meal.