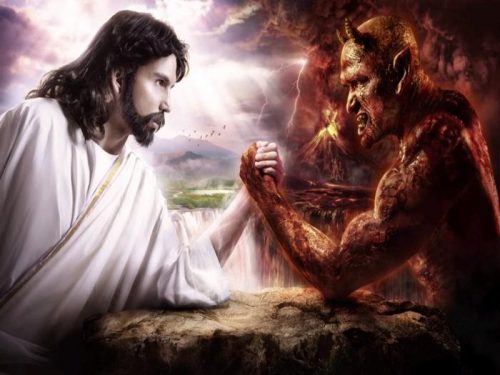 A very poor woman with a small family called-in to a radio station asking for help from God.

A non-believer man who was also listening to this radio program decided to make fun of the woman.

He got her address, called his secretary and ordered her to buy a large amount of foodstuffs and take to the woman.

However, he sent it with the following instruction: "When the woman asks who sent the food, tell her that its from the devil.''

When the secretary arrived at the woman's house, the woman was so happy and grateful for the help that had been received.

She started putting the food inside her small house. The Secretary then asked her, ''Don't you want to know who sent the food?'' The woman replied,

''No, I don't even care because when GOD orders, even the devil obeys