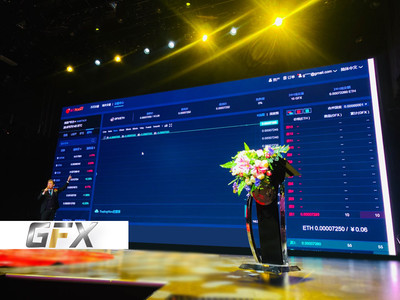 GFX offered up
to 54% bonus in the total pre-sale and will conclude this Wednesday the 28th.

Listing on BITPoint
APEC exchange is an important step for GFX to popularize their digital assets.  BITPoint APEC , which launched earlier this
year, is part of BITPoint, one of the first
decentralized exchanges  to be
licensed in Japan.

BITPoint APEC
operates in Taiwan, Korea and South East Asia region, and makes for a highly respected first partner for GFX.  The exchange offers leveraged and OTC
trading, as well research into new blockchain projects, and provides users with a faster and more secure trading environment.

GFX International Limited has further announced their
intention to list their digital asset on a few other reputable digital
exchanges within the next 3 to 5 months.  The company hasn't released any official
information at this time.

This follows
the company's well-publicized recent forays into eSports gaming (JPlay) and
medical tourism in the last few months.

To celebrate the listing of their digital asset on its
first exchange, GFX Limited has announced that they will soon start the second
round of their popular community campaign in which the public gets rewarded and
incentivized for it support.