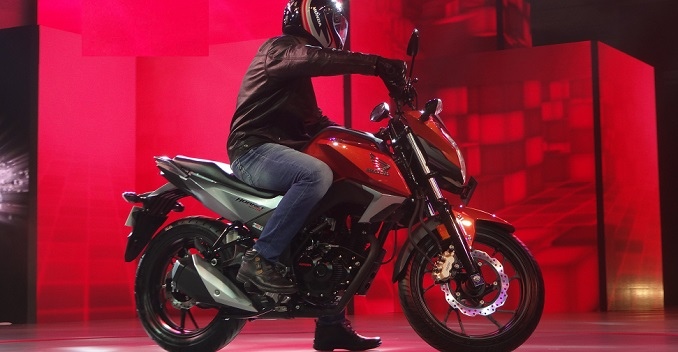 Honda CB Hornet, which takes design cues from the CX-01 concept that debuted at the 2014 Delhi Auto Expo, and features a muscular fuel tank, a digital meter, an X-shaped LED tail-lamp and a wire Rear Tyre.

The CB Hornet 160R comes fitted with a maintenance free battery and a viscous paper air filter which requires replacement only after 18,000Km. The Honda CB Hornet 160R's suspension comprises a telescopic front fork and a monoshock rear unit. Brakes are of high quality and the bike comes equipped with a petal disc at the front, and with Honda's Combined Braking System (CBS) as an option too.