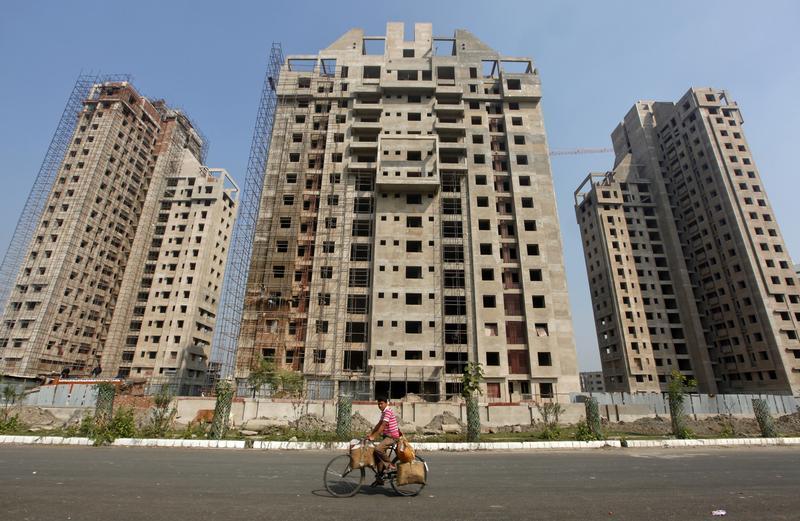 Indian Real Estate Sector will crash by 80% in Pricing/ Depreciation, etc. in 2018.

2) Major Developers are working Hand-In-Hand with Politicians. The Corrupt monies of these Politicians are invested in Real Estate to grow. If present Government collapses the Real Estate Sector, opposition Parties will run-out of cash for next Election. No Monies in Election means "Before the Battle starts, war is already Lost".

3) Other Sectors are not developed & neglected for last 10 years. (Manufacturing Sector, ICT, Trading, Ports, Airports, Rails, Service Sector). The Development is not Balanced.

4) Every Tom Dick Harry in India is Developer. (No qualification is required to become a Real Estate Developer)

7) Highest Frauds are commited in Real Estate Sector in India, but developers are not punished by the Law.(Government of India will set the Ball rolling before election to place most developers in Jail or file as many as fraud cases). Please do go thru & Follow-Up on the Data available with reference to fraud commited by the existing big name developers. Many Medium & Small Developers will disappear from the market sooner rather then later. Major Developers working with Local Politicians will also disappear.

8) Benami property holders or alleged Investors will be arrested by the Government, sooner Rather then Later. The assets of politicians will be placed under investigation and the so called Investors will not be able to sell the same.

9) The new Real Estate Regulation & Development Act, 2016 aims at regulating the Real Estate sector. The Rules are being framed under this Central Enactment by every state authority. There will be initial teething problems in implementing this new law & the rules framed thereunder. This will further slowdown the growth of Real Estate sector at first instance, probably till end of 2018, and then it will gather momentum.