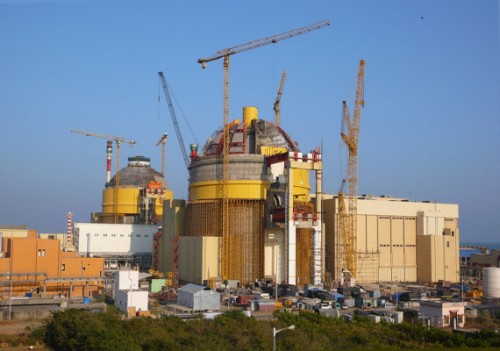 The Union Minister of State (Independent Charge) for Development of North Eastern Region (DoNER), MoS PMO, Personnel, Public Grievances, Pensions, Atomic Energy and Space, Dr Jitendra Singh said that in times to come, India’s nuclear programme is going to play a crucial role to meet the growing energy needs of the country. Addressing a three-day International conference on “India’s role in Global Nuclear Governance”, organized by the Institute for Defence Studies and Analyses (IDSA) here today, he said that India’s nuclear programme today is moving shoulder to shoulder with all the developed nations of the world and while the concerns are the same as those of the rest of the world, the future challenges are also the same. India supports the concept of global nuclear governance as a part of it is also evolving to a level of higher understanding in this country, he added.

While India has set an example for the rest of the world about how to use this nuclear programme exclusively for peaceful and developmental purposes, Dr Jitendra Singh said we are eager to cooperate with the other Nation States and civil society to raise awareness on nuclear security issues. The role of civil society is particularly essential in this regard and there is need for enhancing mutual confidence among nations on higher nuclear security implementation, he added.

Dr Jitendra Singh also emphasized the urgent need to start a country wide awareness campaign to educate the public about enormous peaceful benefits of nuclear energy and to clear the air about the apprehensions which sometimes come in the way of setting up of new atomic and nuclear plants under the Department of Atomic Energy. To effectively carry forward an awareness campaign like this, the Department of Atomic Energy solicits the support and cooperation of like-minded scientific groups, social scientists and voluntary agencies who can carry forward the message to every section of society, he added. The safeguards observed in our nuclear plants are as per the rules, procedures and principles laid down by the Atomic Energy Regulatory Board (AERB) under the Department of Atomic Energy and are among the best practices in the world, he said.

In today’s age and times, Dr Jitendra Singh said that the peaceful and constructive application of nuclear energy is widening with each passing day and nuclear energy is not only proving to be a boon in fields like medical treatment and agriculture, but is also going to be a major source of energy to meet the ever increasing demand of energy and electricity in the country.

Dr Jitendra Singh recalled that over 60 years ago, Dr Homi Bhabha had started India’s nuclear programme primarily for peaceful purposes and today we have not only vindicated Dr Homi Bhabha’s dream, but also presented a glorious example for the rest of the world. Along with solar energy, nuclear energy is going to be one of the richest resources for India as it moves ahead to become the Asian giant of 21st century, he added.