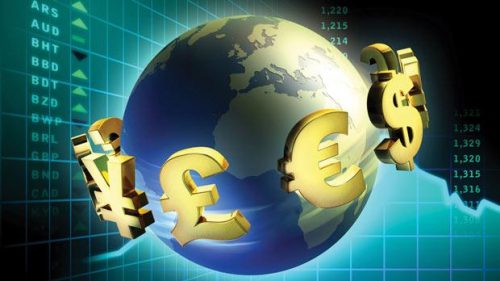 For the above calculation, the World Bank Group has used the GDP at purchaser''s prices, which is the sum of gross value added by all resident producers in the economy plus any product taxes and minus any subsidies not included in the value of the products. It has been calculated without making deductions for depreciation of fabricated assets or for depletion and degradation of natural resources. The data used are in current U.S. dollars which have been converted from domestic currencies using single year official exchange rates. For a few countries where the official exchange rate does not reflect the rate effectively applied to actual foreign exchange transactions, an alternative conversion factor has been used by the World Bank Group.

According to the World Bank Group, assuming a simple linear extrapolation of growth rates and assuming India’s GDP grows at 8% in US dollar terms, and France and the UK grow at 2.5% in US dollar termjls, India’s contribution to the global economy may surpass France in 2018 and the United Kingdom in 2021. However, these estimates given by the World Bank are just extrapolations and not forecasts.