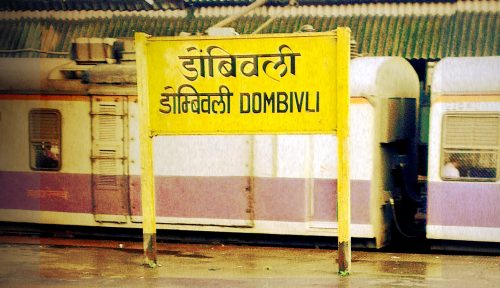 Dombivli: Interesting Facts About Dombivli : History of Dombivli dates back to the medieval period. Dombivli is a city in the Thane in Konkan division, located about 48 km from Mumbai CST. In the 18th century, farmers cultivated paddy and sold it in the areas from Kalyan to Mumbai. There are many other interesting things to know about Dombivli which are

1 Dombivli was first documented in the year 1075 by King Harpal Dev on stone inscriptions, situated at Mahul village near the Turbhe port. However, the stone writings in Dombivli referring to its existence during the years 1396-97 confirms the fact.

2 The Portuguese stationed themselves at several places when they came to Dombivli. Existence of Dombivli can also be traced back approximately in the year 1730 during the Peshwa rule.

3 Dombivli is honored as a first ever fully literate town of whole Asia. But later this honor was taken over by a town in Kerala. Still This town gives a major Contribution to the technical education in the field of technology.
4 From the Mughals to marathas, and from Portugese to Britishers, Every ruler had their big Presence in Dombivli. One of the biggest reason was that this place was a major source of revenue.
5 Dombivli city is a pioneer of “Gudipadwa Shobha yatra”. People of all religion involves in this yatra. Its a pride of Dombivli.
6 The city has three railway stations under her direct jurisdiction: Dombivli, Thakurli and Kopar. Dombivli railway station is the oldest of all which was built in 1887. It is now the busiest railway station on the Central line of the Mumbai Suburban Railway network.

7 The Khidkaleshwar Temple located at Shil-phata Road, dating back to 17th Century AD. This Temple is dedicated to Lord Shiva. One thing which make this temple very unique is that it was built by the Pandavas during their Aranyavasam.
8 In the RTI report in January 2016, it was Found that the station sells 233,685 tickets on a daily basis. It is generating around 1.5 million rupees daily. Making it the busiest as well as most income generating station across the Central Railway suburban network.