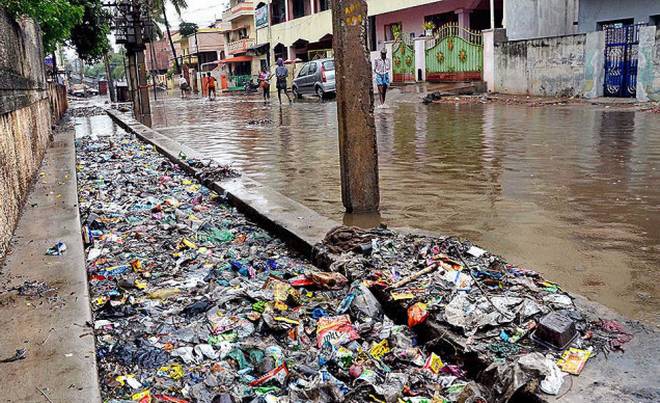 Sweeper said No I have Not Even been able to do Half as Yet.

So the Argument Started between public and sweeper. Sweeper then Asked Public Since when this Drain was not Cleaned ?

_70 years & No Idea when it was Last Cleaned. Sweeper then Told Public - You allowed the Drain To Get Choked for 70 Years & Did Not Bother to Clean & now when I am Cleaning it You are Telling me WHY I am Slower than What I Promised to do. I came to Know How Much Muck is there in drain only AFTER I Came Inside the Drain. It is More than What I Anticipated when I was Outside

_So What you want now? Sweeper to Continue Cleaning the Drain or come out & let drain get Choked AGAIN by Same People Who Clogged It In The past.

You Can Blame the Sweeper to be SLOW (Compared to What?), You can blame sweeper for Poor Anticipation of Muck Inside But Can you Blame him for Muck that has Deposited Over Decades or for Not Doing his Job?

Worst Will be if You ask the Sweeper to Come Out then LET the Drain Get CHOKED AGAIN.

It Has More To Do With the Intelligence of we Indians.