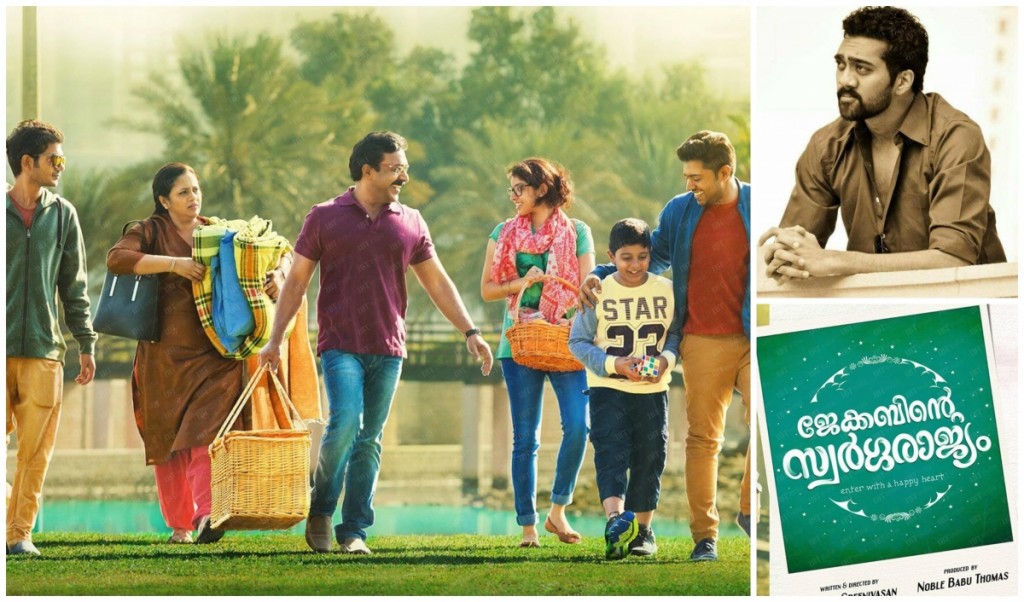 Jacobinte Swargarajyam (JSR) is a Malayalam-language film written and directed by Vineeth Sreenivasan, and starring Nivin Pauly, Renji Panicker and Sreenath Bhasi in the lead roles. The film's soundtrack was composed by Shaan Rahman and the lyrics were written by Manu Manjith. The major portions of the film is shot in Dubai.

Jacobinte Swargarajyam movie is a pure Family Drama. Cameraman Jomon had done a outstanding camera work in this movie.

Jacob (Renji Panicker) is an NRI who hails from Central Travancore. He is a business man settled in Dubai with wife Sherly and their four kids, Jerry, Abin, Ammu, and Chris. Jacob is an extremely friendly father to his kids. But, an unexpected crisis disturbs the peacefull atmosphere of Jacob's family. This movie takes you through How he overcomes the crisis and saves his family.