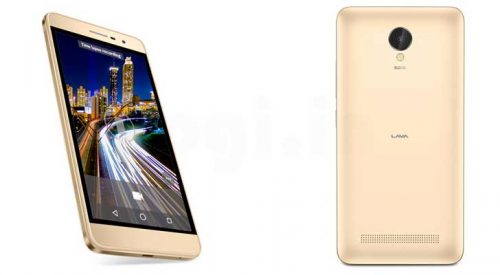 Lava, one of the leading Smartphone manufacturer in India launched a quad core 4G VoLTE supported Smartphone named Lava X46 in India. the handset is priced at Rs.7,999/-

In terms of specification Lava X46 is running on Android Lollipop 5.1. Its a dual SIM smartphone which supports 4G on both the SIM slots which comes with VoLTE support. The handset is powered by a 1.3GHz quad core processor supported by 2GB DDR3 RAM. Lava X46 comes with 5 inch IPS screen with 1280 x 720 pixels resolution.

Lava X46 comes with 8GB ROM and micro SD card slot which supports upto 32GB microsd card. When it comes to camera, Lava X46 is equipped with 8MP AF camera with LED flash on back and on the front there is a wide angle selfie camera with a 5MP resolution along with front LED flash. This handset can shoot Full HD (1080p) videos. Additional features includes 4G LTE, 3G, 2G, GPS, WiFi and Bluetooth. The 2500 mAh battery that the X46 houses gives up to 11 hours of talk time on 3G networks.