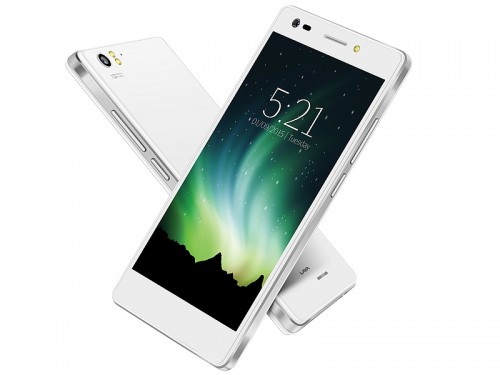 In terms of specification Lava Pixel V2 is powered by MediaTek MT6735 1GHz 64 bit quad core processor with Mali T720 GPU. It comes with a 5 inch screen with dragontrial glass protection, supporting 1280 x 720 pixels resolution (HD Screen resolution). Pixel V2 is running Android 6.0 Marshmallow out of the box with 3GB RAM, 16GB ROM and 32GB external micro SD card support. This dual SIM handset also includes a 13MP f/2.0 AF camera on the back with dual LED flash support and an 8MP camera on the front with wide angle lens and front flash. Other features are 4G LTE (VoLTE), 3G, 2G, GPS, WiFi and Bluetooth 4.0. Lava pixel V2's power comes from a 2500 mAh battery. Lava Pixel V2s is priced at Rs.10,750. As this phones supports 4G LTE (VoLTE) you can use these phones on Reliance Jio 4G network, which uses VoLTE for their voice calls.

Lava V2s is the lower version of Lava V2, it is also powered by MT6735 chipset clocked at 1GHz with Mali T720 GPU. This handset is running Lollipop (will get Marshmallow upgrad) with 2GB RAM, 8GB ROM and 32GB micro SD card support. V2s comes with a 5 inch IPS screen with 720p (HD) resolution. It also comes with an 8MP AF camera with dual LED flash placed on the rear and an 8MP camera on the front with front LED flash. Key features are 4G LTE, 3G, 2G, GPS, Bluetooth 4.0 and WiFi.