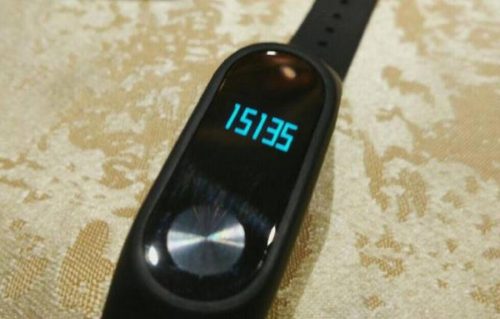 Mi Band 2Xiaomi had teased the launch of Mi Band 2 in the last month, but due to some production issues, Mi Band 2 was delayed to June. But the wait it over. Yesterday in the Mi Drone launch event, Xiaomi CEO has hinted about the launch of next generation Mi Band !!

The Mi Band 2 with the much awaited feature, LED Display is to be launched on June 7th, as hinted by Xiaomi CEO Lei Jun! He will unveil the Mi Band 2 in Beijing on 7th of June, 2016 with the new features. Excited? Lets look at some images of Mi Band 2 unveiled till now.

Mi Band 2 has an LED Display which shows the heartbeat rate, steps walked and the time. Mi Band is still a hot selling product of Xiaomi and has milion of fans around the world. Around 20 million Mi Bands have been sold so far worldwide!! The first gen Mi Band & its successor Mi Band Pulse has been a hit in the wearable market and is well known for its much affordable price, long lasting battery and several addon features.

As per the latest reports released by IDC, Xiaomi is now the second largest wearable seller in the market with 22.4% market share in Q1 of 2016 and one need not be surprised if Xiaomi would lead the global market with the launch of Mi band 2