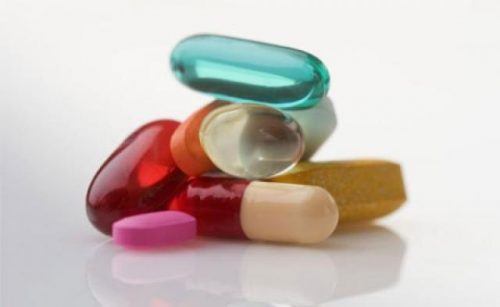 The recent move by the Modi government to make prescribing of generics compulsory has raised a lot of hackles. The objections have been pretty predictable. Obviously, the pharma companies are up in arms because they make most of their money from selling branded drugs. If this option is taken away from them, they're going to have to look for alternative means of generating revenue, and having to change a highly profitable business model is not easy for large corporates. Once the law gets teeth, it will no longer be business as usual, which is why they're upset. They are worried that their business will get commoditised and their margins will shrink. Since pharma CEOs are powerful , lots of observers are understandably cynical about the prospects of these new rules being implemented . Their belief is that they will be diluted so much that they will remain a toothless tiger.

Since the pharma companies guys can't complain directly that they are upset because this is going to eat into their profits, they are using doctors as their puppets. Doctors are upset with this move because they see this as an encroachment on their professional autonomy. They've been writing brand names for many years, and they don't see what they need to change an engrained habit. Yes, brand names are easier to remember, but the truth is that many of them get incentivized to prescribe a particular brand. They are obviously reluctant to say goodbye to this easy money. Also, they are worried that the locus of power has now shifted to the chemist, who will end up deciding which generic to dispense.

The general perception today seems to be that brands are of higher quality than generics. This is not true, since the active molecule in the drug remains the same - it's only the label which is slapped on it which changes. Yes, the government needs to make sure that the drugs are manufactured in a quality factory , and this is true for all drugs , whether or not they are generic or branded ! If you have a poor quality manufacturer, then whether he's marketing a generic molecule or a branded drug, its quality will remain equally poor . The FDA will have to become far more proactive , and as long as the medicines meet quality control standards, what the name on the box says makes no different at all to its therapeutic efficacy ! This is why private labels have become so popular in the FMCG industry - consumers are realizing that there is no point in spending extra on branding . This is as true for drugs as it is for FMCG products.

All pharmacology textbooks teach students and medical residents to prescribe generics. It's the active molecule which makes the drug effective, and this is what is drilled into the doctor's head during his training. The problem is that once a doctor starts practice, he forgets what his professors taught him, and gets influenced by the friendly medical representative, who is always welcomed because he comes bearing gifts.

There are many extraneous factors which come into play when a particular doctor chooses to prescribe a particular brand, but he never talks about this openly , because he's ashamed about the fact that he's not necessarily doing what's in the patients best interest. He needs to justify his actions, and the most convenient excuse is that brands are better than generics, even though he has no proof that this is true. He needs to salve his guilty conscience by bad-mouthing generics.

The healthcare industry needs to get back to basics . Pharma should focus on producing high-quality drugs at a reasonable cost, and stop wasting money on " marketing ". Once generics become mainstream, they will no longer need to employ an army of medical representatives to cajole and induce doctors to prescribe their brand - most of which are just "me-too" variants. This will help to reduce their marketing spends, because companies will not have to waste money on competing with other pharma companies for which particular brand the doctor chooses to prescribe. This is a step in the right direction , and we should all be pleased , because it'll make quality drugs more easily available to patients at an affordable cost. As with anything else, any time you change the status quo, some people are going to get upset, but over time this move will help to make sure that medicine is practiced more rationally and ethically in this country.

Pharmaceutical companies will now focus on improving the quality in their manufacturing plants, rather than wasting money on branding and marketing. Also, since they will no longer have to spend on cajoling doctors to prescribe their brands, they will be able to deploy this towards educating patients, so that patients are better informed about what medicines they are taking, and why.