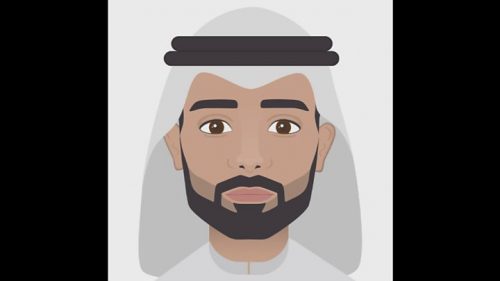 An Arab was admitted to Lilavati Hospital at Mumbai for a heart transplant ... but, prior to the surgery the doctors needed to store blood in case need arises.

As the gentleman had a rare type of blood, it couldn't be found locally.

So the call went out to a number of countries.

Finally a Gujarati in Ahemedabad was located who had a similar type of blood.

The Gujarati willingly donated his blood for the Arab.

After the surgery, the Arab sent the Gujarati as appreciation for giving his blood, a new Toyota Prado, diamonds, lapiz lazuri jewellery, and a million US dollars.

Later, once again the Arab had to go through a corrective surgery.

His doctor telephoned the Gujarati who was more than happy to donate his blood again.

After the second surgery, the Arab sent the Gujarati a thank you card & a jar of Almond halwa sweets.

The Gujarati was shocked to see that the Arab this time did not reciprocate the Gujarati's kind gesture as he had anticipated.

He phoned the Arab and asked him that this time also i thought that you would give me Toyota Prado, Diamonds and Jewellery ... But, you gave only a thank you card and a jar of Almond sweets..

On this the Arab replied ...

'Mota bhai, now I have Gujju blood in my veins!'