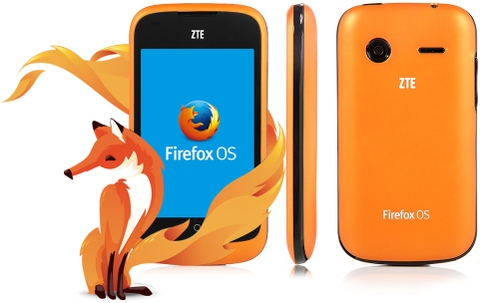 As per the reports Mozilla Discontinues Firefox OS for Smartphones. Mozilla’s Firefox OS never made an impact on the smartphone industry.

It’s a shame to see it go, but Mozilla had no chance to compete with Android, iOS or even Windows Phone.

An official confirmation of Firefox OS discontinuation has been given by Ari Jaaksi, who is a SVP of Connected Devices at Mozilla.

"We are proud of the benefits Firefox OS added to the Web platform and will continue to experiment with the user experience across connected devices. We will build everything we do as a genuine open source project, focused on user experience first and build tools to enable the ecosystem to grow.
Firefox OS proved the flexibility of the Web, scaling from low-end smartphones all the way up to HD TVs. However, we weren’t able to offer the best user experience possible and so we will stop offering Firefox OS smartphones through carrier channels."

"We’ll share more on our work and new experiments across connected devices soon."

Linux-kernel-based Firefox OS debuted in 2013 and the project lasted only two years before Mozilla decided to pull the plug. This system was entirely Web-based, so there were no native applications for it. Mozilla supported 18 smartphones and one TV, but the sales were always below expectations. Released smartphones were often criticized for their poor performance. Firefox OS was never ready to become a full-fledged operating system like Android or iOS, and Mozilla will relocate their focus on Internet of things.