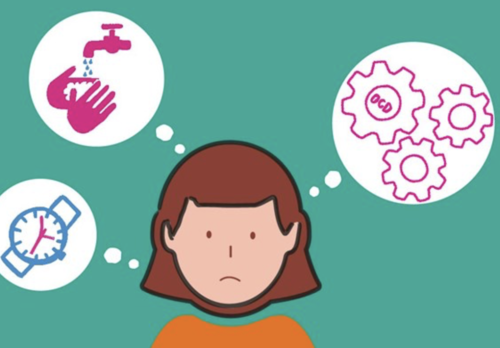 OCD is the most common illness among teens. A child or a teenager with OCD feel obsessive about unwanted things and thoughts all day. Fears like having dirty hands, touching dirty objects or getting confused about already finished tasks, keep running in their mind. And to overcome these fears, they keep doing compulsive tasks like washing hands and checking things again and again. Celebrities like Leonardo DiCaprio and David Beckham are known to be affected by OCD.

But when a child grows, this obsessiveness and compulsive disorder may get strong occur very frequently, which may result in causing trouble in daily living and development of a child.

“Our goal is to heal the minds and help patients achieve optimal mental well-being which will ultimately bring out the maximum potential in each person. We promote positive psychology”.

We provide meticulously designed treatments keeping in mind the medical history and the requirement of every patient for better success. We design behavioral, medical therapies or the combination of both depending upon the need of the patient.

What causes Obsessive Compulsive Disorder in children and teenagers

The reasons that cause Obsessive-Compulsive Disorder in children are as follows:

Symptoms of OCD in children

The two significant hallmarks of OCD in a child are obsessions and compulsion. Children who suffer from OCD experiences either one of the above signs or sometimes both.

The reoccurring and tenacious thoughts, impulses and actions that come in an individual’s mind are defined as obsessions. A child experiences these intrusive and unwanted obsessions during the disturbance, which causes stress. They try their best to ignore or not to pay attention to these obsessions with some actions and that actions are considered as compulsions.

There are some symptoms which are considered to be the most common obsessions:

The repetitive behavior and acts which an individual needs to perform in response to the obsessions are known as compulsions. These mental acts are performed to reduce anxiety and stress related to a particular obsession.

The most common symptoms of compulsion activities are:

OCD symptoms can be reduced if appropriately treated. “OCD can be treated with very less use of medicines in the procedure”, this is the saying of Dr. Sanjay Jain. We make sure that the patient gets the counseling sessions with the medication in the treatment.

CBT( Cognitive Behavior Therapy) is the most preferred and effective treatment for OCD. This treatment includes talk therapy, very little medication and other essential things depending on the patient’s state. At Jain Neuropsychiatry Clinic, we have Dr. Sanjay Jain and his team of highly qualified psychiatric doctors who are experts in treating mental depression to help patients to lead a happy and healthy life.

Duration of the treatment: OCD treatment takes around seven to twelve months if the symptoms are less. But it can take a more extended period if the condition is severe.

Cost of the treatment: The cost of the OCD treatment may vary depending on the medical conditions and severity of symptoms in the patient. The price will be determined after the consultation with the doctor.