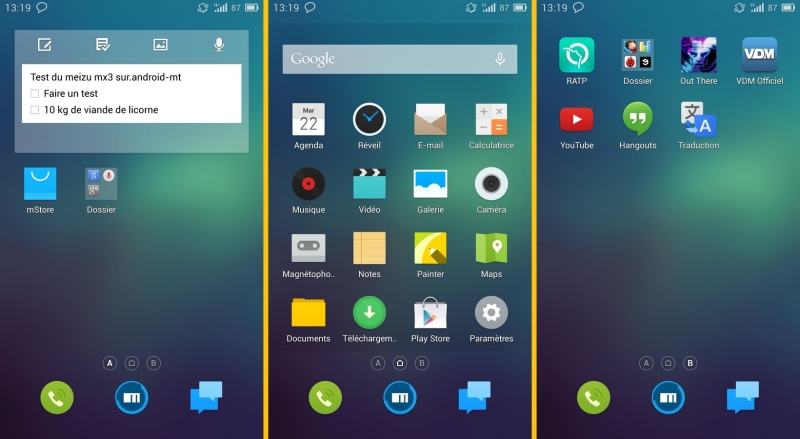 Flyme OS is a stock and after market firmware developed by Meizu for smartphones based on the Android operating system. Some its key features are completely redesigned apps, one-handed usability and performance optimizations. The initial version, Flyme OS 1.0 based on Android 4.0.3 was released on Juny 12, 2012. It was praised by critics for its simple yet beautiful interface design. Flyme OS 2.0 was released later in 2012 . It brought improved cloud services and build-in root support, among other improvements. Flyme OS 3.0 was released together . It was one of the first Android firmwares to integrate a flat UI. Since Flyme OS 3.0, Dirac HD Sound is integrated, bringing an improved audio experience through a certain number of ear and headphones. The successor the Flyme OS 3.0, Flyme OS 4.0 was released in 2014.The current version of Flyme OS, Flyme OS 4.5, is based on Android Lollipop.

Your warranty is now voided.
Flash this ROM at your own risk.