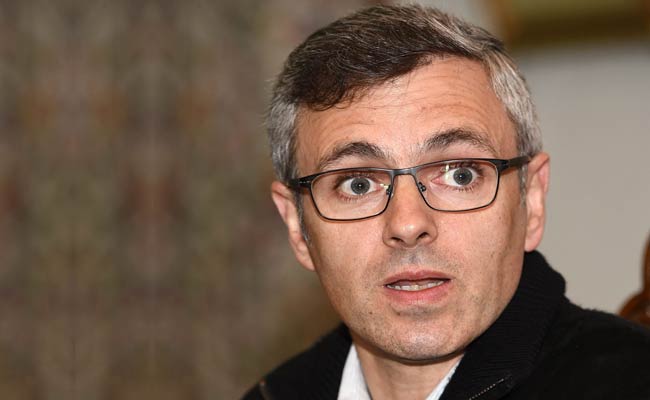 Omar Abdullah, the former Chief Minister of Jammu and Kashmir was reportedly heckled on 19 April 2018, in the United States by Kashmiri Americans. He was there to deliver a speech at the University of Berkeley when a group that also consisted of Kashmiri Pandits stalled the talk and protested against him.

The group interrupted Omar Abdullah’s speech and cornered him on his silence over Pakistan sponsored terrorism. Interestingly, in the war of words that ensued, Abdullah ended up revealing his true thought process regarding the Kashmiri Pandit exodus that took place in 1990.

One of them, a Kashmiri Pandit, said, “You Talk to me in Kashmiri, I speak better Kashmiri.” To which Omar Abdullah replied, “You all ran away.”

The youth didn’t back down at this horrifying response by Abdullah. He shot back with, “You forced us out.”

A woman who was a part of the protesting group called Omar Abdullah and his father “war criminals”. She is reported to have said :

“I will take you to International Court. You are a war criminal. You, your father, your grandfather. You will see.”

What is ironic is that Omar Abdullah’s talk at the University of Berkeley was titled “A Path Forward In Kashmir”. With him saying “You all ran away” to a Kashmiri Pandit, it is becoming increasingly clear that for him and his party, the “way forward” for Kashmir doesn’t include the Hindus who were forced to leave by Islamic radicals and rising militancy and terrorism. Perhaps he has forgotten that the Kashmiri Pandits were given three options in 1990 – to flee the land, to convert or to die.

The slogans, broadcast from the loudspeakers of mosques, exhorted the hysterical mobs to embark on violence.

It is indeed shameful that Omar Abdullah chose to undermine their struggle in this cavalier manner.