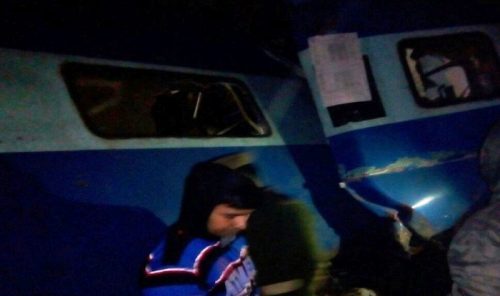 More than 30 passengers died as 14 coaches of a Patna-Indore Express derailed near Pukharayam in Kanpur in the wee hours on Sunday.The incident took place at around 3 am near Pukhrayan, about 100 kms from Kanpur. Till now 30 bodies has been recovered.

Buses have been called in to help passengers complete their journey, Mr Kumar said, adding that there are possibilities of most of the casualties in the S2 coach which is severely damaged.

Northern Central Railways spokesperson Vijay Kumar had asked the doctors and senior railway officials have reached the spot. The cause of the derailment was not known immediately.

Uttar Pradesh Akhilesh Yadav on Sunday took stock of the situation and directed the state Director General of Police to personally monitor the relief operations after 14 coaches of Patna-Indore express derailed near Kanpur, which left at least 30 dead.