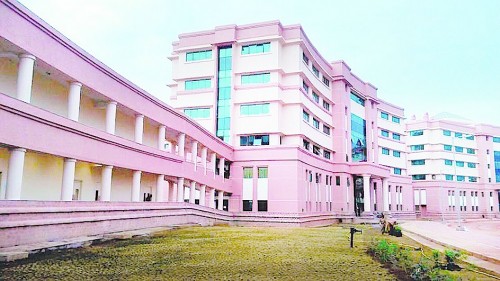 The Prime Minister, Shri Narendra Modi, today dedicated to the nation, the National Institute of Science Education and Research at Bhubaneswar.

Speaking on the occasion, the Prime Minister said innovation is the need of the hour for every society and every era. In this context, he mentioned India’s space programme, which had begun from scratch, and the whole world was now taking note of. He called upon young scientists to be similarly inspired to achieve and to serve the people through their work. He said it is important to develop a scientific temper among students.

The Prime Minister hoped that an environment of innovation would be fostered among scientific institutions. In the context of NISER, situated in Odisha, he mentioned the possibilities for innovation in areas such as coal gasification and clean energy, the blue economy, and housing for all by 2022.

The Prime Minister urged the students of NISER to work towards making NISER India's greenest campus, and a zero-emission, zero-discharge campus which uses only renewable energy.