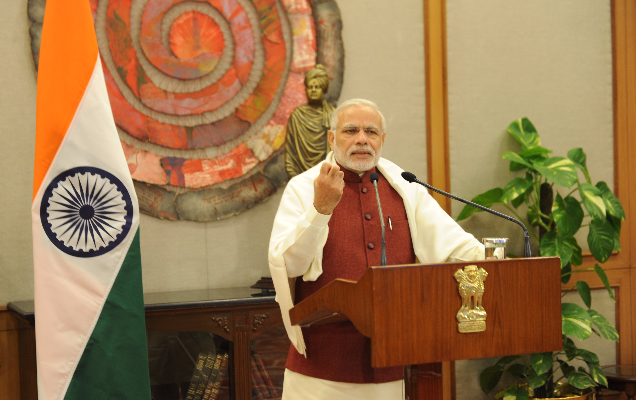 The Prime Minister said that Swami Vivekananda, whose birth anniversary falls today, was an inspiration for all youth, and a shining example of how much could be accomplished in a short time-span.

The Prime Minister said youth from different parts of India, assembled in Chhattisgarh today, represent its diversity but are united in one mantra, of serving Mother India.

He said this united resolve had one day brought us independence, and is today taking India to new heights. He said 125 crore people are united in an objective of taking the nation to new highs. He said a nation which was so abundantly youthful, should have objectives and dreams which are boundless.

The Prime Minister said a youth, by definition, is one who works towards his future goals, unmindful of the past.

The Prime Minister laid stress on harmony and togetherness, saying that without peace, unity and harmony, development cannot have any meaning. However much we develop, peace is our first requirement, the Prime Minister said, adding that India has shown the world, that a land of such diversity, has a unique spirit to stay together. This is the heritage of our forefathers, the Prime Minister said, which extends from Ved to Vivekananda, and Upanishad to Upagrah.

Shri Narendra Modi said that India's objective is to give its youth the capabilities and skills to make this century an Indian century. He praised the State of Chhattisgarh for progress in this direction despite the problem of Naxalism.

The Prime Minister emphasised the importance of "dignity of labour" and said it must be inculcated among people. He said India's objective for development should be to transform the lives of the poor, and in the villages. He urged the youth to witness the launch of the "Start-up India" event in Delhi on January 16th.

The Prime Minister urged the youth to think of concrete objectives for the years 2019 and 2022 – the 150th anniversary year of Mahatma Gandhi, and the 75th anniversary of independence.