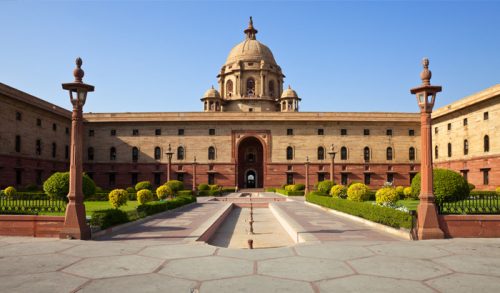 These circuits will be inaugurated on 25th July, 2016. Addressing the tour operators, Ms. Omita Paul, Secretary to the President said the Rashtrapati Bhavan is looking forward to serving as a major tourist destination. She asked them to create greater awareness and attract visitors from both India and abroad.

The Secretary to the President informed the tour operators that since the beginning of the 13th Presidency in July 2012, the efforts of the President Shri Pranab Mukherjee have been to demystify every aspect of Rashtrapati Bhavan and bring it closer to the general public. It was important as many people as possible have the opportunity to view this great monument of living heritage. Visitors to Rashtrapati Bhavan now have the convenience of booking and paying for their visits online. In addition to the Rashtrapati Bhavan building, now two museum complexes and beautifully manicured gardens of Rashtrapati Bhavan will be added to the tourist circuits.