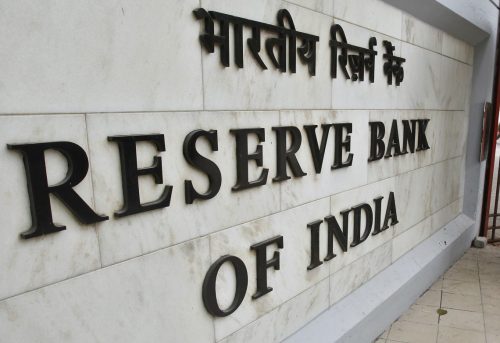 A police officer stands guard in front of the Reserve Bank of India (RBI) head office in Mumbai April 17, 2012. The Reserve Bank of India cut interest rates on Tuesday for the first time in three years by an unexpectedly sharp 50 basis points to give a boost to flagging economic growth but warned that there is limited scope for further rate cuts. REUTERS/Vivek Prakash (INDIA - Tags: BUSINESS)[/caption]

With the withdrawal of the legal tender status of ? 500 and ? 1,000 denomination bank notes (hereafter referred to as Specified Bank Notes - SBNs) beginning November 9, 2016, there has been a surge in deposits relative to the expansion in bank credit, leading to large excess liquidity in the system. The magnitude of surplus liquidity available with the banking system is expected to increase further in the fortnights ahead. In view of this, it has been decided to absorb a part of this surplus liquidity by applying an incremental cash reserve ratio (CRR) as a purely temporary measure, as under: