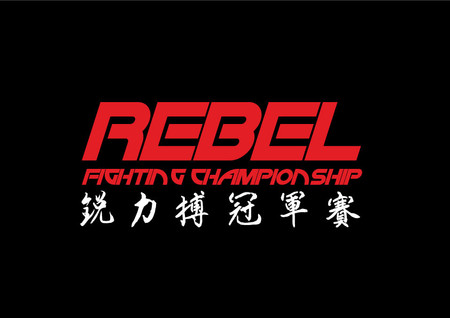 Qingdao Ji Ke Apartment Management Co. Limited, a real estate company specialised
in apartments rental and estate agency business based in Qingdao, the
prosperous city of Shandong province, in its goal to expand its presence
throughout all the regions in China, has partnered with REBEL FC, for the
purpose of leveraging on the immense reachability of REBEL FC live events to
strengthen their nation-wide positioning to further grow the business and brand
awareness.

With an estimated martial arts fanbase of 300
million people and close to 20 percent of the total population being frequent
martial arts TV viewers, China's MMA market has shown huge potential to become
one of the largest in the world.
Qingdao Ji Ke
Apartment Management Co. Limited and REBEL FC will work together to expand the
influence of China's MMA scene to a new level by raising its attraction to
Chinese MMA athletes and keen audiences in the country.

"After seeing an exciting live REBEL event, we feel a strong synergy with
REBEL FC. MMA is one of the fastest growing sports in China and, like our
property rental business, it is popular among the young and high-income professionals.
This sponsorship deal is an essential part of the growth strategy of our
property business throughout China and it signals our intention to support the
development of such an important sport for China," said the spokesperson from Qingdao
Ji Ke Apartment Management Co. Limited.

"With REBEL FC's vision of hosting events throughout the big cities in
China as well as garnering an average reach of more than 13 million viewers on
both TV and digital platforms for its last two events and a future reality show
in the works, this partnership holds tremendous promise," added the
spokesperson.

"As we have experience in organising MMA events in cities such as
Shanghai, Shenzhen and Guangzhou, our events are a perfect complement to Qingdao
Ji Ke Apartment Management Co. Limited's rental apartments in their goal of
establishing a foothold in major cities in China. Their clientele consists
mostly of young, working professionals, who are also a key demographic in REBEL
FC's target market," said Justin Leong, CEO of REBEL FC.

As part of the sponsorship package, Qingdao Ji Ke Apartment Management
Co. Limited's logo will appear on REBEL FC's cage mat and all official Rebel FC
marketing platforms. REBEL FC will soon be announcing its line-up of events for
the second half the year.

REBEL Fighting Championship is a dynamic
Mixed Martial Arts (MMA) entertainment company, committed to bringing exciting
and engaging MMA entertainment to our customers in Asia and internationally. We
are focused on pursuing the highest standards of excellence in our live event
production, MMA talent development and promoting awareness of MMA. Founded in
May 2013 and headquartered in Singapore, the company comprises a group of
vibrant and creative professionals with diverse backgrounds in production,
marketing, business development, event management, public relations and MMA
matchmaking.