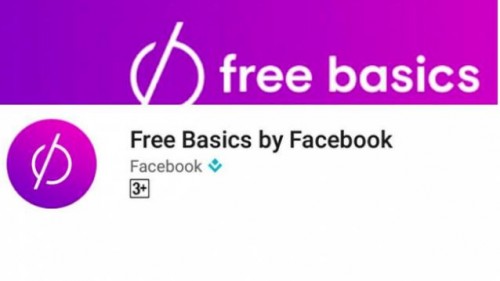 Few days back, TRAI had banned the concept of Free Basics, or differentiation by telecom operators on the basis of content. Non-compliance with the announcement could result in a heavy penalty.

TRAI had issued the ‘Prohibition of Discriminatory Tariffs for Data Services Regulations, 2016’ that disallow service providers to offer or charge discriminatory tariffs for data services on the basis of content being accessedby by a consumer. This move is a big win for net neutrality.

Facebook spokesperson today told that “Free Basics is no longer available to people in India.”

Given the vast user base in India, the stand taken by TRAI is a significant setback for Facebook, which had changed the internet.org campaign to Free Basics to position it as a noble idea of connecting a billion users around the world who have no access to Internet.

Reliance Mobile who had partnered with Facebook for Free Basics today announced that from today Reliance Mobile customers will not be able to use Free internet on internet.org or Facebook app, the users will be charged as per their data tariff.

Facebook CEO Mark Zuckerberg had, on Monday, said he was "disappointed" with TRAI's decision and Facebook would continue with its attempt to bring Free Basics to India.

Facebook was severely criticized on social media when its long-time board member Marc Andreessen reportedly hit out at the TRAI ruling, reports The Free Press Journal, calling it "anti-colonialist," and said the country would have been better off if it remained under the British rule.