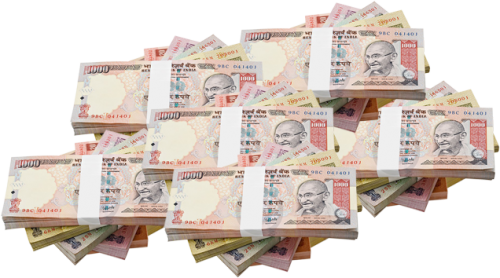 Mohammed Anwar Ahmed, 60, resides in the sleepy town of Amalner in district Jalgaon, Maharashtra.
The year was 1980. Mohammed Anwar Ahmed, a 27-year-old resident of Amalner, in Maharashtra, had Rs 20,000 with him as an inheritance after his father’s death. He thought of investing when he came across a visiting broker from Mumbai, Satish Shah, who had come to acquire shares of Wipro from the residents of Amalner.

The journey to wealth begins…
Shah asked Mohammed’s to go from door-to-door and acquire as many shares as he could from the residents. He helped and as a parting gift, Shah offered him 100 shares at a face value of Rs 100 each. Mohammed agreed and invested Rs 10,000 of his inheritance and invested the remaining 10k to start a tiny trading outfit.

From then on Mohammed started to think himself as part owner of WIPRO (and rightly so) and vowed never to sell a single share till Mr. Azim Premji is at the helm.

The current market price is Rs.500 per share.
The shares are valued at Rs.480 crores. Over the past 33 years, the company regularly paid out dividends and increased them almost every year. Cumulatively he received Rs.118 crores as dividend over the past 33 years.

Thus by investing Rs.10,000, Mohammed gained Rs.598 crores.
He is now retired and donates freely to charity from the dividends he receives.

His foreign educated children often advice him to sell the shares but he has kept his vow of not selling a single share till Mr.Azim Premji is the working Chairman.

This is a lesson - both in patience and conviction.