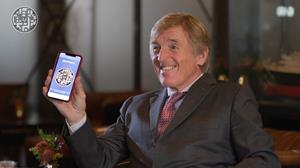 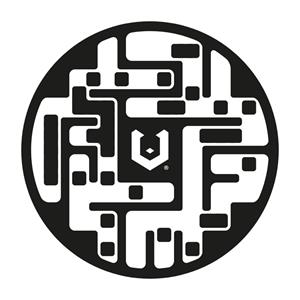 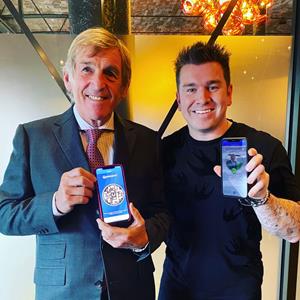 MANCHESTER, United Kingdom, Nov. 13, 2020 (GLOBE NEWSWIRE) -- One of the most iconic and celebrated figures in British football history Sir Kenny Dalglish MBE is the latest high-profile name from the world of sport to join British cyber technology company VST Enterprises (VSTE) as its Global Sporting Ambassador for football. The role is established through VSTE’s American partner company VR Sports Group, which is also giving VSTE a powerful presence in the USA with further intention of a global rollout of their cutting-edge platform V-Health Passport™.

The Manchester based cyber technology company which was founded by tech entrepreneur Louis-James Davis has developed a secure digital health passport - V-Health Passport™ as the key to unlocking the return of fans back to football stadiums. The TEST AGNOSTIC health passport app - which works alongside all Covid 19 testing kits including PCR lab tests and new emerging 15 minute rapid ‘antigen’ and 10 minute ‘antibody’ test kits - also has its own unique contact tracing technology which is specifically designed for sports and football stadiums, music and theatre venues.

As VSTE’s global football ambassador, Sir Kenny will highlight the importance of using the secure VCode® digital technology behind V-Health Passport™ and the importance of using the ‘best in class’ technology alongside rapid Covid testing for sports fans and players. Sir Kenny will also raise the important issue of all football players being subject to rapid Covid testing, in addition to existing PCR based lab tests as an early warning indicator.

Sir Kenny undertook a Covid 19 rapid ‘antigen’ and rapid antibody test in Liverpool recently which was administered by CHB Medical. The nasal swab Orient Gene /Healgen rapid ‘antigen’ test was administered first taking 15 minutes, followed by the finger prick Orient Gene rapid ‘antibody’ test which also took ten minutes to administer. Both results showed Sir Kenny was negative on both tests and the results were then uploaded to his ‘test agnostic’ V-Health Passport™ in under 30 seconds.

"Rapid point of care Covid-19 testing is the most promising way to ensure a return to normal activity and an assurance that we capture infections and prevent further re infection. Rapid ‘antigen' testing on a regular basis, alongside rapid ‘antibody' screening and then authenticated in a secure digital health passport technology such as VHealth Passport would give much greater mobility and confidence to the public.

In doing so it would allow the public to return to their workplace environments, airline passengers being 'fit to fly’ and more confident with the health status of their fellow passengers. It would also allow sports to return safely and allow team selection with confidence. Fans would be able to potentially return to the stadiums having taken a test and uploaded their results into the secure VHealth Passport verifying their identity and test status."

Sir Kenny, along with Mike Tindall MBE and Zara Tindall MBE will champion the Manchester cyber technology’s ‘FANS ARE BACK™’ pilot scheme for football fans which has been submitted to the UK Government, The Department For Digital, Culture, Media and Sport (DCMS), Sports Minister Nigel Huddlestone and the Sports Technology Innovation Group (STIG).

The ‘FANS ARE BACK™’ pilot is an end-to-end solution for sports fans with Covid rapid testing using 15minute rapid ‘antigen’ and 10 minute rapid ‘antibody’ test kits, a secure digital V-Health Passport™ and V-Health Passports ‘True Contact™’ contact tracing solution to get fans back into stadiums safely and watching their beloved teams. The technology can also be integrated with smart stadium devices for security gates and multi-functional safe zone cams for high flow body heat monitoring and social distancing crowd control.

The scheme was devised by VSTE and a consortium of British companies including leading public safety and event /venue management company Halo Solutions, occupational health company Latus Health, football and sports marketing/ rights agency holder REDSTRIKE. The pilot campaign has also been submitted to the Sports Ground Safety Authority (SGSA) and the Premier League. It has also received the backing and support of former Sports Minister Rt. Hon. Richard Caborn. Caborn was one of the longest serving Sports Ministers under Tony Blair and was responsible for successfully bringing the 2012 Olympics to London.

“I was impressed to learn about what Louis-James and his team at VST Enterprises are trying to achieve with their ‘FANS ARE BACK™’ campaign and the V-Health Passport™ technology. Getting fans back into football stadiums safely is the number one priority for all football clubs across the UK and globally right now and for the future of the game. Without the fans there is no beautiful game, it’s a way of life to so many people, it’s tribal, it's about a group of like-minded people who have a passion and who are proud of what they're team represents.

Football is part of our DNA, it’s our culture, we have been through two world wars and many national tragedies along the way, but football has always been a unifying force. The Corona virus outbreak has impacted many people across the country, families have lost loved ones. I too myself tested positive for Covid earlier this year and the support and care I received from the NHS was outstanding, so I understand firsthand. Football and sport in the UK contribute massively to positive mental health and any technology that can ensure that fans safely return to the game is a winner. ”

“We are truly honoured and delighted to have such an iconic football player and manager as Sir Kenny joining us as a global sporting ambassador for VST Enterprises and the V-Health Passport™ project. Sir Kenny’s achievements in football both as a player and manager are unsurpassed. But his relationship with the fans, in particular Liverpool FC is what makes him stand out as a truly iconic figure in football alongside the greats of the game like Bill Shankly, Bob Paisley, and Sir Matt Busby.”

The VCode® and VPlatform® technology which powers the V-Health Passport™ has being hailed as the cyber security’s version of ‘human DNA’. The technology has a number of applications and uses from secure health passports to ticketing, payments, identity provisioning and authentication across all spectator sports. The technology’s innovative capabilities across football, rugby, golf and motorsport is vast. It can be used for secure paperless ticketing to stamping out counterfeit tickets, security and access, health passports for players and fans, content delivery and sponsor /brand activation.

The ultra secure V-Health Passport™ also uses the VCode® security coding which has been referred to as the cyber world’s equivalent of human DNA. Bar codes and QR codes represent 1st and 2nd generation code scanning technology which is unsecure. QR codes in particular can be cloned and hacked under a process called "Attagging". In India alone there are over 1 BILLION fraudulent financial transactions every day using QR codes. The use of any form of a QR code in a health passport could potentially lead to a persons data being hacked and compromised.

“ At VR Sports Group we are proud to partner with both Sir Kenny Dalglish MBE and VST Enterprises. Sir Kenny is not only revered as a distinguished player and one of the greatest football managers of all time, but also for his charitable work in society and the community. We are delighted to have strengthened our partnership by bringing together Sir Kenny with a leading tech entrepreneur like Louis-James Davis and his team. Together it creates infinite possibilities, leveraging future oriented technology to design a better, safer and more convenient life for sports fans and the public.

VSTE™ is currently using its VCode® cyber security technology to work with the UNITED NATIONS as part of their SDG Collaboratory (Sustainable Development Goals) program - to provide a wide range of unique identifiers and technology services to 9 Billion people by 2030. It is also using its V-Health Passport™ across a number of sectors including the airline and aviation industry - with its FIT TO FLY campaign, as well as other major transport infrastructure including rail and maritime assets.

For more information on VCode® and VPlatform® technology please visit