SINGAPORE - Media OutReach - 10
October 2019 - Spackman Entertainment Group Limited ("Spackman
Entertainment Group" or the "Company" and together with its subsidiaries,
the "Group"), wishes to announce that the Group's new film, CRAZY
ROMANCE, a romantic comedy film produced by the Group's indirect
wholly-owned subsidiary, Zip Cinema Co., Ltd. ("Zip Cinema"), exceeded
its break-even point of 1.5 million tickets within eight days since the first
day of its official wide release on 2 October in Korea. 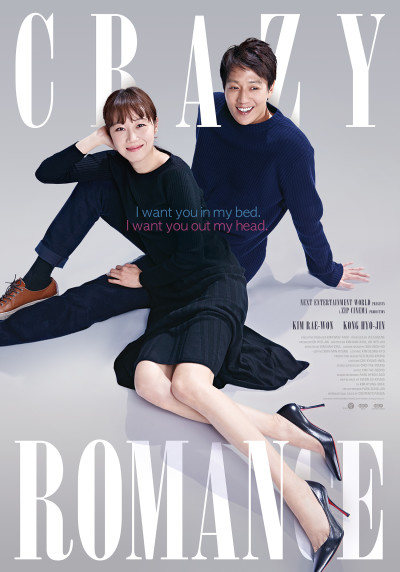 Setting the record as the best
romance film of the year in Korea[1], CRAZY
ROMANCE has accumulated total ticket admissions of 1,503,424 with gross box
office revenue of more than US$10.7 million as of 9 October 2019, based on the
latest statistics from the Korean Film Council.

Directed by independent film
director Kim Han-gyeol, CRAZY ROMANCE relates the story of a man who is
still in love with his ex-girlfriend and the ex-girlfriend who is currently is
in the middle of a rough parting with her current boyfriend. The three of them
are wounded by love.

The estimated total production
budget (including prints and advertising costs) for CRAZY ROMANCE is
tentatively set at approximately KRW6.7 billion (or US$6.0million).

The latest daily statistics from
the Korean Film Council (http://www.koreanfilm.or.kr/eng/news/boxOffice_Daily.jsp?mode=BOXOFFICE_DAILY) on the performance of CRAZY
ROMANCE shall be updated on the Group's website at http://www.spackmanentertainment.com.

The official English trailer,
posters and photo stills for CRAZY ROMANCE can be viewed at http://www.spackmanentertainmentgroup.com/crazy-romance.html.

Spackman Entertainment Group
Limited ("SEGL" or the "Company"), and together with its
subsidiaries, (the "Group"), one of
Korea's leading entertainment production groups founded by investment veteran,
Mr. Charles Spackman, is primarily engaged in the independent development,
production, presentation, and financing of theatrical motion pictures in Korea.
In order to diversify our revenue streams, we have expanded our business
portfolio to include the production of Korean television dramas. In addition to
our content business, we also make investments into entertainment companies and
film funds that can financially and strategically complement our existing core
operations. SEGL is listed on the Catalist of the Singapore Exchange Securities
Trading Limited under the ticker 40E.

SEGL's Zip Cinema Co., Ltd. ("Zip Cinema") is one of the most
recognised film production labels in Korea and has originated and produced some
of Korea's most commercially successful theatrical films, consecutively
producing 9 profitable movies since 2009 representing an industry leading track
record. Recent theatrical releases of Zip Cinema's motion pictures include some
of Korea's highest grossing and award-winning films such as DEFAULT (2018), MASTER (2016), THE PRIESTS
(2015), COLD EYES (2013), and ALL ABOUT MY WIFE (2012). For more
information on Zip Cinema, do visit http://zipcine.com

SEGL also owns Novus Mediacorp
Co., Ltd. ("Novus Mediacorp"), an
investor, presenter, and/or post-theatrical distributor for a total of 79 films
(58 Korean and 21 foreign) including ROSE
OF BETRAYAL, THE OUTLAWS and SECRETLY, GREATLY, which was one of the
biggest box office hits of 2013 starring Kim Soo-hyun of MY LOVE FROM THE STARS fame, as well as FRIEND 2: THE GREAT LEGACY. In 2012, Novus Mediacorp was also the
post-theatrical rights distributor of ALL
ABOUT MY WIFE, a top-grossing romantic comedy produced by Zip Cinema. In
2018, THE OUTLAWS, co-presented by
Novus Mediacorp broke the all-time highest Video On Demand ("VOD") sales records in Korea. For more
information on Novus Mediacorp, do visit
http://novusmediacorp.com

The Company owns a 100% equity interest Take Pictures Pte. Ltd. ("Take Pictures") which has an upcoming film STONE SKIPPING and a line-up of other films such as the co-production with Zip Cinema for THE PRIESTS 2.

The Company owns a 100% equity interest in Greenlight Content Limited which is mainly involved in the business of investing into dramas and movies, as well as providing consulting services for the production of Korean content.

The Company owns a 100% equity interest in Simplex Films Limited ("Simplex Films") which is an early stage film production firm. Simplex Films has several films in the pipeline including, A BOLT FROM THE BLUE, IRREVOCABLE PROMISE and OUR SUPERSTAR K.

For more details, do visit http://www.spackmanentertainmentgroup.com/