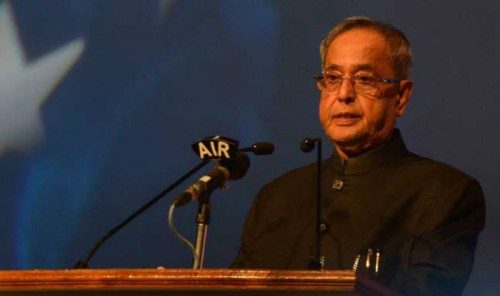 Speech by the President of India, Shri Pranab Mukherjee at the inauguration of Muziris Heritage Project in Kodungaloor, Kerala

1. I am happy to be here in this historic town of Kodungaloor today to inaugurate the Muziris Heritage Project, being implemented by the Tourism Department of the Government of Kerala, with the support of the Ministry of Tourism, Government of India.

2. If Kerala is God’s own country, Kodungaloor is the town where the Gods gather in unity and harmony. This town and its surroundings have been a thriving centre of Islam, Christianity, Judaism as well as Hinduism. It is heartening to know that the ancient Kurumba Bhagavati temple and the Cheraman Mosque, believed to be the oldest mosque in India, are both in Kodungalloor. The two synagogues in Paravur and Chennamangalam, the historical precinct of Kottayil Kovilakam and the Kottapppuram fort with its links to the Portugese, the Dutch and the Mysore Sultans are also in the neighbourhood. Kodungaloor is also believed to be the place where the Apostle of Jesus Christ, St. Thomas, landed bringing with him Christianity to India much before it reached Europe.

3. The Muziris Heritage Project, which was initiated six years ago, is an ambitious project comprising the development works of Chennamangalam palaces, Cheraman Parambu, Synagogue and waterfront at North Paravur; a visitor's centre; a performance centre at Gothuruthu; a Museum at Pallipuram, and a Tourism reception facility at Pattanam. The project also envisages the conservation of archaeological monuments within 125 square kilometres spread across Thrissur and Ernakulam districts.

4. India was probably one of the most globalized nations in ancient times. Muziris, after which this project is named, at the height of its glory, was an active port, trading everything from precious stones to spices. Muziris was the doorway for cultures, religions and races into India. It was frequented by large ships of ocean traders from across the world, including Arabs, Egyptians, Greeks, Romans and Chinese.

5. The name ‘Muciripattanam’ is mentioned in Sangam literature (which spans 300 BCE to 300 CE) as an affluent port and habitation on the western coast of ‘Tamizhagam’. In Akan?n?ru, the seventh book of Sangam anthology, the poet describes Muziris as a prosperous Cheran town on the banks of river Periyar visited by theYavanasor Greeks seeking pepper in exchange of gold.

6. Muziris finds mention in the "Voyage around the Erythraen Sea”, a work by a Greek speaking Egyptian merchant from the middle of the first century CE. It is described as one of the four active ports which exported pepper and other goods. Pliny the Elder, a Roman naturalist of the first century CE refers to Muziris, in his encyclopaedic work, ‘Naturalis Historia’, as ‘the first emporium’ of India. ‘Emporium’ in ancient times was a place reserved for the business interests of foreign traders.

7. It is believed that a devastating flood that changed the course of the Periyar river or an earthquake in the 14th century led to the decline of Muziris. But, the Malabar Coast remained a prime destination for foreign traders and visitors from different parts of the world. Travellers such as Ibn Batuta and Marco Polo visited and wrote accounts about the busy ports of Malabar. The Arabs continued their flourishing trade in spices and the Chinese were frequent visitors.

8. For more than two thousand years, people of different faiths have lived together in this region in peace and harmony.The Hindu Kings of Kerala welcomed people from foreign lands as well as their religions - Judaism, Islam and Christianity. The Kings gifted land to set up places of worship and offered protection and patronage to believers of different religions. Today, Kerala is a state where religions share traditions. Many churches light oil lamps and raise flags as is done in Hindu temples. Similarly, the Cheraman Mosque has an oil lamp which is always lit.

9. I am glad that the Muziris Heritage Project seeks to bring alive this wonderful mosaic of cultural influences in a holistic way. This region is home to an exceptionally rich and diverse history. It is important that this complex narrative be disseminated and interpreted to the world and to India in a sensitive and professional way. I am happy that the Muziris Heritage Project proposes to do so through a series of museums and interpretation centres, taking visitors through events and experiences across millennia. I believe the project also seeks to provide visitors with a glimpse into the life of the common people of this area using the network of waterways that connect the historic sites with one another. I have no doubt this project will open up to Indian and foreign tourists a new destination, bringing economic benefits to the people of the region as well as knowledge and enjoyment for the visitors.

10. Being the largest conservation project in the country and first green project of Kerala Government, Muziris Heritage project has a lot to boast about, be it in the area of heritage, conservation or tourism. The spice trade and ancient ports in the state have created many islands of heritage and history within Kerala, but the tourist experiences have always been discrete. This is where Muziris heritage project offers the best of heritage tourism to global travellers.

11. I compliment the State Government for emphasizing responsible tourism and involving the local population in the project. Local ownership can help bring grassroots knowledge and ideas for the implementation of the Project. It will entrust the people of the area with the responsibility of ensuring that the Indian tradition ofAthithi Devo Bhavais made a reality. Participation of people in planning and implementation of the project will further ensure full utilization of the economic and employment prospects that growth in tourism will bring to the region.

12. I am told that the next phase of the project is the ‘Spice Route Initiative’ which will explore the international connections and linkages that the Malabar Coast had with many parts of the world. This phase is to be implemented with the support of UNESCO and United Nations World Tourism Organization. TheSpice Route Initiative is both important and timely with India seeking to once again emerge as a major centre for international trade and transport as well as a maritime power. I understand theSpice Route Initiative will link 41 countries in Asia and Europe with India and rejuvenate our culturaland academic exchangeswith these nations. The goal will be the development of a multi-national cultural corridor which will not only throw light on India’s glorious heritage but also open up arouteofpeace bringing nations and people together.

13. Kerala has through the ages demonstrated a remarkable ability to adapt to new traditions and values in every sphere of human thought and endeavour.The spirit of tolerance and catholicity of outlook of the people of Kerala is a model for the rest of the country. The Muziris Heritage Project celebrates this magnificent heritage of our land where people of different religions, castes and languages live in harmony. This project reminds us that our history is one of assimilation, mutual respect and celebration of our differences, respecting each other’s beliefs and values.

14. As a country intersected by major maritime and caravan routes, India has always been one of the most cosmopolitan societies in the world, comfortable in dealing with diversity and welcoming of new ideas and cultures. I hope this Project will spread the message of Indian cosmopolitanism far and wide, adding thereby to India’s soft power across the world.

15. I call upon you to uncover and highlight the long-standing civilizational links and cultural affinities that India shares with the rest of the world. May this Muziris Heritage Project emerge as an invaluable link between the new world and the rising India!