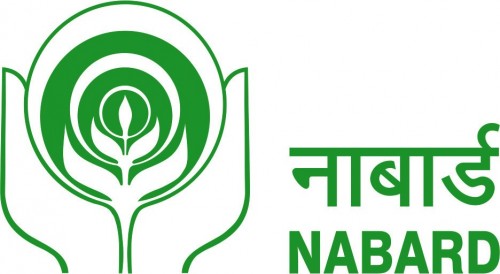 Shri Singh was addressing a one day conference being conducted on the subject entitled as “role of cooperatives in the composite formation and growth of Bihar” by Bihar Cooperative Development Coordination Committee. Shri Singh said that Modi Government has requested to the State to have their respective rules and regulations framed regarding agricultural sector. They are supposed to enforce these rules and regulations with the assistance of Ministry of Agriculture and other central institutions concerned. Agriculture is a subject of State therefore without the assistance of the State the development of agriculture sector cannot be paved. Therefore I request the Government of Bihar that they should work altogether while making a blue print for agriculture related scheme so that new innovation may be find out for sorting out the difficulty coming in the way of agricultural growth. Consequent upon the pace of the development may be accelerated. There was coined a term in the country named as “Bimaru – implied the Sick one” which was attributed to the State of Bihar, Chhattisgarh, Rajasthan as well as Uttar Pradesh. However, Madhya Pradesh and Chhattisgarh are not the sick ones and Minister is confident that while benefiting them with the various agriculture related scheme Bihar will not be a sick one anymore.

Shri Singh said that the sense of indifference has been manifested by the purchase center of State Food Grain Cooperation on the purchase of paddy upto the scheduled date by all of the packs and trade unions in Bihar State. Moreover, these packs have been paid lesser amount wherever the purchase of paddy had been carried through from the Farmers by packs / unions in various districts. The packs are of the saying that through this purchase they are supposed to make the payment within the span of one-two days. Due to none availability of the funds, the interest abundance has been increased on this society. Therefore, State Government is supposed to take action to impart on them interest free debt so as to they could make payment to the farmers on time bound programme and farmers could get fair price of their yield on right time.

Agriculture and Farmers welfare Minister said that the Central Government has extended financial assistance to the cooperatives of Bihar through NABARD. It is determined to empower all these institutes in future. According to the survey of National Sample Survey Organization 46% farmers households are groaning under the huge pressure of debt which have been sought from various organizations and its percentage in the context of Bihar is 49.99%. There is pretty enough imbalance regarding the availability of agricultural debt to the various regions of Bihar and all eastern states. There is also imparity regarding the agricultural debt to be given to the marginal and big farmers.

Shri Singh said that Bihar is being given Rs. 149 crore for Dairy Cooperatives, rs. 51.05 crore for ICDP, 12.5 crore rupees for Cold Storage Cooperatives and 28.10 crore rupees for the societies related to marketing and as a whole a sum of 240.80 crore rupees has been granted to the state of Bihar during the year 2015-16 through National Cooperative Development Cooperation for the development of agricultural sector and livestock. There are very limited training centres in Bihar who impart this sort of training and I am of the view that they are very much inadequate to meet the needs for the growth of human resources regarding cooperative personnel as well as sophisticated technical increasing needs for cooperative campaign in state of Bihar. So I am desirous that a cooperative management institute might be opened on national level in Eastern Champaran, Bihar. Therefore, State Government is requested to allot a piece of 5 acre land on the eve of a century of Champaran Movement launched by Mahatama Gandhi so that it might be set up. Central Government will extend whole financial assistance for the construction of this institute.

Shri Singh said that there are a number of schemes to inspire bio farming in the state like soil health card and Pradhan Mantri Sinchai Yojana. In this context recently our government has launched Pradhan Mantri Crop Insurance Scheme, KHARIF 2016 for the protection of crops. Under this scheme the farmers will have to pay minimum premium. It has been decided that 2% premium in Kharif and 1.5% premium in Rabi will have to be paid by the farmers and rest of the premium will be afforded by the Central Government. Shri Radha Mohan Singh said that today Indian cooperative Campaign has encompassed the global scenario. It is the largest cooperative campaign in the world. In India the cooperative access stretches to the national level. The cooperative societies have facilitated farmers while providing inputs like debt, fertilizers seeds etc. to the cooperative societies. Now, the dairy related cooperative has made a landmark in the country and abroad with an exclusive feature. Therefore, if you have take the country ahead you are supposed to take villages, poor and farmers ahead. You will have to increase income of the farmers and for this purpose a second time revolution is required in agricultural sector. Cooperative societies strengthen the farmers in economic and financial prospective.