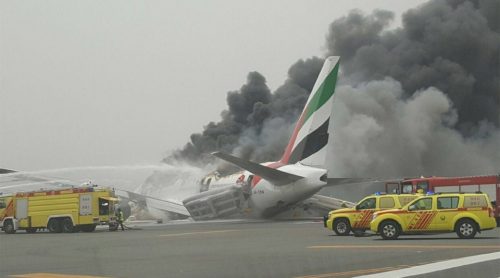 The Dubai government confirmed the Boeing 777 jet crash-landed at the airport shortly after 12.45 PM Local time.

The three-hour flight took off from Trivandrum International Airport in India at around 9 am local time before the captain is understood to have sent out and emergency signal shortly before the plane was due to land.