These are the fastest cars that can legally sport a license plate.

This combination of a Lotus Elise chassis and 1,244-hp 7.0-liter twin-turbocharged V8, and you have the fastest production car in the world. Depending on your definition of “fastest” and “production car,” that is.
Hennessey recorded a 270.4-mph run at the Kennedy Space Center last year, but only in one direction. To be considered legitimate, record attempts usually require one run in each direction. An average is then taken to account for wind conditions.

Because of its hand-built nature, there’s also some debate about whether the Venom GT qualifies as a production car. While it can claim the highest recorded speed, Hennessey’s monster isn’t recognized as the world’s fastest car by the Guinness Book of World Records.

When Volkswagen purchased the Bugatti brand, it had one goal: build the fastest production car in the world. The original Veyron achieved that goal, and with a price tag of $1.7 million and a quad-turbocharged W16 engine producing 1,000 hp, it also boasted the most superlatives of any production car.

Yet the Veyron was soon dethroned by the SSC Ultimate Aero, so Bugatti came back with the Veyron Super Sport. This Veyron-plus has 1,200 hp, and numerous aerodynamic changes meant to help gain a few extra miles per hour.

Briefly, the might of the Volkswagen Group and the prestige of the Bugatti name were bested by a car company no one had ever heard of.

Shelby SuperCars (SSC) has nothing to do with Carroll Shelby of Cobra fame, but for a moment its Ultimate Aero was the fastest production car in the world. It hit 256 mph in 2007, beating the non-Super Sport version of the Veyron.

Helping it achieve that velocity is a 6.3-liter twin-turbocharged V8 with 1,287 hp. There are no electronic driver aids to help control that power either, creating a purer driving experience for those with talent, and a scenario for certain death for those without it. 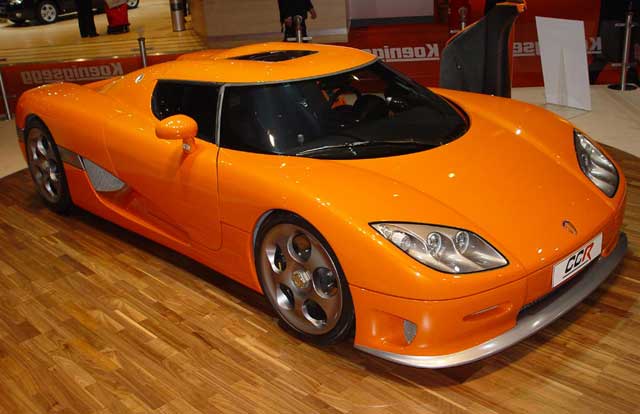 The CCR was essentially an earlier generation of the cars Koenigsegg is building today. It featured a 4.7-liter V8 of the company’s own design, a carbon-fiber body, and not much in the way of electronic aids.

Despite its impressive stats, the CCR’s moment in the spotlight was as brief as its claim on the world. It was soon supplanted by the CCX, and then by the current Agera. Koenigsegg says the Agera-based One:1 will top out at over 270 mph, but no one has tried it yet.

The F1 is more than just a former world’s-fastest car. With its carbon-fiber body, gold-lined engine bay, 6.1-liter BMW M V12, and center driver’s seat, it just might be the coolest car ever made.

Years before it attempted to take on Ferrari and Porsche with the MP4-12C, McLaren was known only as a successful race team in Formula 1 and the defunct Can-Am series. Yet its first road car wasn’t exactly an amateur effort.

McLaren intended to make the F1 the ultimate road-going supercar, but its design was informed by the company’s racing experience. The F1 even went on to a fairly successful racing career in its own right, winning the 24 Hours of Le Mans in 1995.