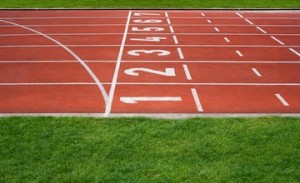 The Torch Relay of the 12th South Asian Games, 2016 was held at Major Dhyan Chand National Stadium here today. The ceremony started with the handing over of the Torch by Indian Olympic Association (IOA) president Shri N. Ramachandran to the Minister, Shri Sarabananda Sonowal, who is also the Chairman of the Organising Committee. The Chairman lit the Torch and handed it over to Shri Zafar Iqbal and Ms Kunjurani for start of the relay to Jawaharlal Nehru Stadium. The Torch was received by Shri Rajiv Mehta, Secretary General, IOA at Jawaharlal Nehru Stadium.

In his inaugural address, Shri Sonowal said, “The South Asian Games are the symbol of cohesion, peace and harmony, and sportspersons are the sports ambassadors of their respective countries. These Games will energize the youths of the country. This Torch Relay marks the beginning of the South Asian Games, 2016.”

India is hosting the 12th South Asian Games, 2016 in Guwahati and Shillong from February 05 to February 16, 2016. The South Asian Games (SAG) is a biennial multinational multi-sport event held amongst the athletes from South Asia and being organized in the similar format of Olympics, Asian Games, and Commonwealth Games (CWG). In the 12th edition of the South Asian Games this year, athletes from eight member countries namely, Afghanistan, Bangladesh, Bhutan, India, Maldives, Nepal, Pakistan and Sri Lanka will be participating. More than 3500 athletes and sports officials from eight countries will participate in the Games in North East India. Prasar Bharati will broadcast the Games ‘Live’.