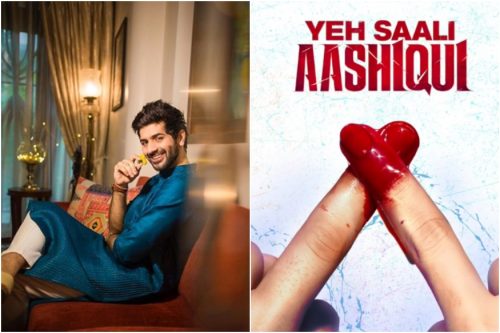 Vardhan Puri’s debut film ‘Yeh Saali Aashiqui’ which released on 29th November has been loved by audiences. The film has surprised everyone and is has been doing well at the box office. The film also marks debut of actress Shivaleeka Oberoi and director Cherag Ruparel.

The film explores the unexplored twists a love story can take, where the predictable happy ending is in reality, is a nightmare. Cine-goers have been taken by surprise with the depth the film is handled and the performances by Vardhan and Shivaleeka.

Critics were also not far behind praising the film, the movie received healthy reviews across board and they have also praised the actor’s performances. Music has also been another factor which has connected with the audiences. Songs like ' Hawaa Banke' by Armaan Malik and the Sanki Rap has become a hit amongst youngster.

Bollywood was also not too far praising the film, below we look at who had to say what about the film.

Zaheer Iqbal: Vardhan and Shivaleeka have hit the ball out of the park with their performances. Thoroughly enjoyed this edge of the seat thriller with all its twists and turns

With such a strong word of mouth and positive reviews, we are sure the movie is going to stay strong at the ticket window.