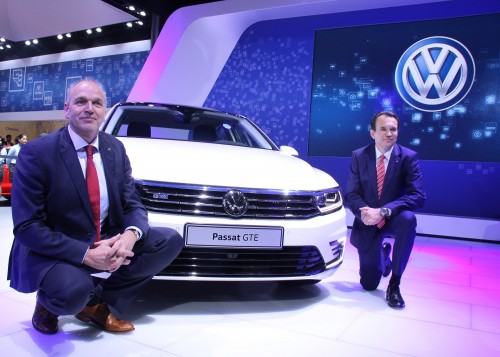 Addressing the press conference, Mr. Jürgen Stackmann Board Member for Sales and Marketing, Volkswagen Passenger Cars said, "The Delhi Motor Show is a great opportunity for us to showcase our enhanced product portfolio of segment-leading carlines to customers in this dynamic and growing market. Volkswagen wants to play a key role in India not only in terms of sales and market share, but also in terms of safety, quality and innovation. That is why we are strengthening our efforts here. We are expanding our product portfolio in India with the made for India product, Volkswagen Ameo, our first compact sedan, the latest edition Tiguan, which marks our debut in India's SUV segment and the new Passat which will be launched in this fiscal."

Mr. Michael Mayer, Director, Volkswagen Passenger Cars India said, "We are delighted to showcase our wide range of products at the Delhi Auto Expo 2016, and truly believe in the potential that each of these carlines holds, for the Indian market. The Volkswagen Ameo, our made-in-India and made-for-India carline and the premium SUV, Tiguan, are among the most important carlines for us at this Motor Show. This gives us an opportunity to break into new customer segments and offer them the best Volkswagen cars. Additionally, through the showcase of Passat GTE –we have an opportunity to highlight Volkswagen's environmentally responsible plug-in hybrid technology. Our recently launched products – 21st Century Beetle, New Vento, New Jetta and New Polo have garnered a positive response from customers across the country. With the evolving Indian consumer, we have here a great opportunity to cater to their requirements of safety, build quality and innovation and make Volkswagen as the most accessible German premium brand in India." 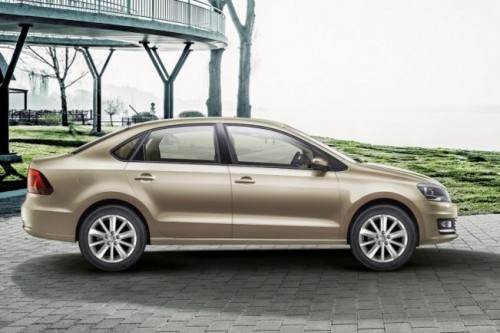 Taking centre-stage at the Volkswagen pavilion was the Ameo, which made its global debut at the Delhi Motor Show. The new compact sedan has been designed specifically for the Indian market, and is expected to be a game changer for Volkswagen. There has been an overwhelming response to the sub 4-metre category in India, and with its superior technology, class leading features and high safety standards the Ameo is expected to raise the bar in sub 4-metre sedan segment with first in segment features like cruise control and rain sensing wipers along with static cornering lights and the dynamic Touchscreen multimedia music system with Mirror link, I-pod connectivity, phonebook / SMS viewer.

After having made a debut at the Frankfurt Motor Show in 2015, the Tiguan is set to make a mark as the first ever Volkswagen SUV to be based on the pathbreaking MQB (modular transverse matrix) platform. Already making waves in Europe, the second generation Tiguan is the undisputed best-selling compact SUV in its class. The body proportions of the latest Volkswagen SUV are sporty, and exudes charisma in its stylish design. Under its hood, lies a 2.0L TSI engine mated to a 7-speed DSG gearbox, giving a power output of 132 kW / 180 PS. With an impressive all-wheel drive performance, Tiguan is a blend of luxury, handling, safety and efficiency. The new 4MOTION Active Control also lets drivers adjust the all-wheel drive system more individually and easier to all possible driving conditions. The Volkswagen Tiguan's engine will be capable of delivering EU 6 Emissions norms. 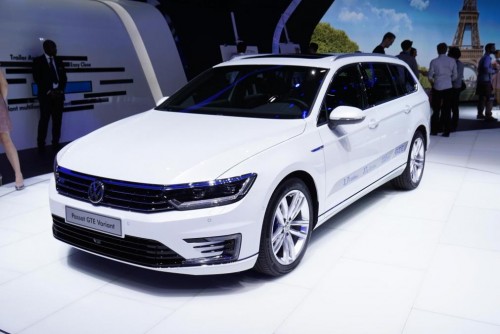 In accordance with Volkswagen's global focus on electric vehicles, the Passat GTE is a plug-in hybrid powered by an electric motor and a TSI engine. Leading technical innovation from the front, the Passat GTE is testimony towards Volkswagen's renewed focus towards efficiency and new mobility. The Passat GTE comes with a Petrol- Electric Hybrid power train mated with a 6-speed DSG gear box and has a combined power (engine + electric motor) output of approximately 218 PS. The 1.4-litre TSI engine develops a power of 115 kW / 156 PS; the electric motor produces 85 kW / 115 PS, while the maximum combined torque is 400 Nm. The Volkswagen Passat's engine will be capable of delivering EU 6 Emissions norms. 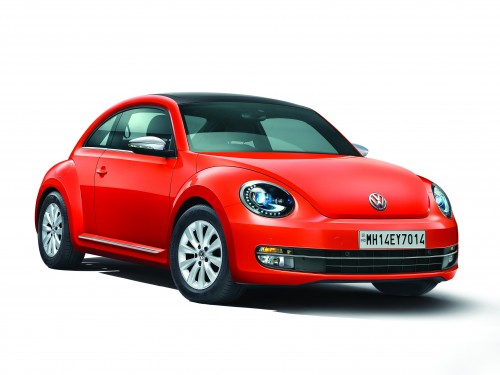 The Beetle is an iconic car that has scripted automotive history for over six decades by creating a niche of its own in the segment. Recently launched in India, the 21st Century Beetle, carries an unmistakably timeless charm, blended with modern day technological sophistication to the original Beetle making it more powerful, masculine and dynamic. It comes with a 1395 cc, 1.4L turbocharged TSI engine and is mated to a 7-speed DSG gearbox, generating a power output of 150 PS and 250 Nm of torque. Testimony to its dynamic performance is the fuel economy which stands at 17.68 kmpl (ARAI). The Volkswagen Beetle's engine comes equipped with the capability of delivering EU 6 Emissions norms.