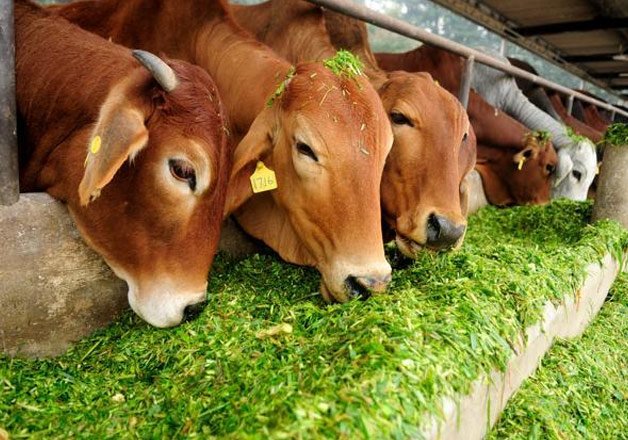 States where cow slaughter is legal:

Kerala permits the slaughter of every type of cattle. Slaughtering of animals is formally regulated by the government in order to maintain public health and sanity and Panchayat laws permit slaughter only in approved slaughter houses. Unlike most other Indian states, beef is eaten by a large section of people in Kerala(80% of the population of Kerala regularly eat beef) and is regarded as a staple food, often part of a Kerala porotta meal. Also there is enough anecdotal evidence to suggest that more Hindus could be eating beef regularly than Christians and Muslims put together. Beef is sold at meat shops while cattle is traded at weekly markets across the state. Further, it has been ruled an obligation of panchayat to provide for meat stalls, including those that may sell beef.

The West Bengal Animal Slaughter Act, 1950 governs the slaughter of cattle in the state. Slaughter of all animals is permitted on obtaining a "fit-for-slaughter" certificate. The law defines "animals" as bulls, bullocks, cows, calves and buffaloes of all types/ages. The certificate is only issued if the animal is over 14 years of age and unfit for work or breeding or has become permanently incapacitated for work and breeding due to age, injury, deformity, or any incurable disease. Anyone violating the law can be punished with rigorous imprisonment of up to a maximum of 6 months or fine up to ?1,000 or both. The crime is treated as a cognizable offence.