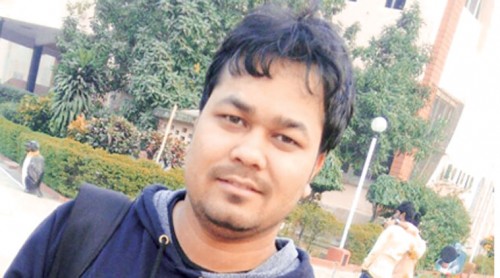 In a heartening story of triumph in the face of adversity, a Khagaria welder's son, Vatsalya Chauhan, has bagged a Rs.1.02 crore per annum job at IT giant Microsoft. A final year computer science student at IIT-Kharagpur, Vatsalya was picked by Microsoft during a campus placement drive in December 2015.

"I still remember the interview which began at 4am. The written test, a day before, continued late into the night, and I couldn't catch a wink," an elated Vatsalya told reporters over phone from Kharagpur.

In fact, Vatsalya had almost missed the IIT bus.

"I went to Kota in 2009, but halfway through the preparations, I lost interest in engineering. I started to read books on mathematics and physics and wanted to write a book myself . But when I made my first attempt in 2011 JEE half -heartedly, I realized that I had made a mistake by not studying seriously, "he said, adding that one of his mentors, Vishal Joshi has contributed to help prepare staying at Kota for another year.

While Vatsalya had cleared JEE in his first attempt, his rank was not good and he was in his second attempt in 2012 that cleared JEE with an All India Rank 382.

"This year I was also the topper in AIEEE Bihar," said Vatsalya who completed his studies in government schools in Khagaria and Begusarai.Eldest among six siblings, Vatsalya (21) will join Microsoft in October 2016, as a software engineer at Redmond in the US. His mother Renu Devi is a homemaker.

"We had taken a loan for his higher studies and we are extremely happy that he has made it so big. One of his brothers is preparing for engineering while a sister is preparing for medical entrance exam at present," Vatsalya's father Chandrakant Singh told reporters. Asked about any advice for aspiring engineers, Vatsalya said, "The good thing is that the syllabus is limited. It only requires methodical study."
Vatsalya also said the study materials provided by coaching institutes in Kota were better than in Patna, despite the cost of tuitions being almost same in both the places. He added that anyone who wants to contact him for any guidance is welcome to do so through Facebook, e-mail or phone.

"I really like teaching and am ready to help anyone who wants to learn," he said.